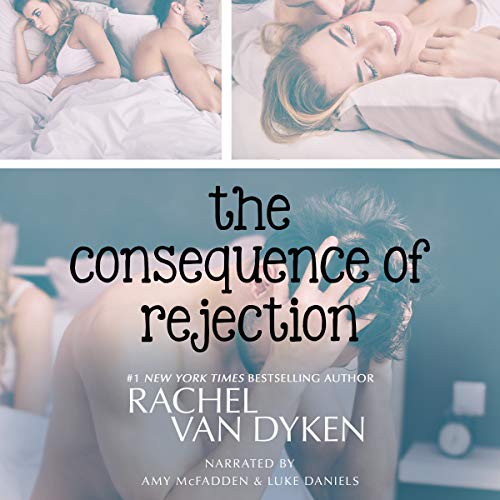 The Consequence of Rejection

You know the universe is trying to tell you something when you get struck by lightning but only after getting hit on by the elderly, almost getting run over by a semi, and running into the one who got away. Why do they say it like that anyway?

Like I accidentally lost her when she was the one that got in the car with my best friend and left me. The day after I proposed. We were 18. I wanted forever. She didn't. It's been 10 years. I tried to move on, tried to get married, had that same wedding crashed by my now best friend who says the only way for me to stop pissing off the universe is to gain closure with the one woman I can't forget. So, I do it.

I embark on a journey down memory lane that not only lands me in prison but on the receiving end of a fist fight in front of the entire town. This naturally happens after drunken pool sex, climbing the same girl's window, and getting threatened at gunpoint by her father. To say the universe is trying to tell me something - anything - is a giant understatement. I just hope I survive the message. And then, I hope I survive her - again.

This audiobook is narrated by Amy McFadden and Luke Daniels.

It’s finally in full circle & a great conclusion for this series. It was a different male narrator but he did such a great job. Amy, the female narrator, always do well! Overall, I love how the group evolved with each other (their friendship grew in time). Maddy & Jason have their fair share of regrets but it’s up to them to let love in & bloom. So, I really dig the second chance romance between them. I guess this book I can somewhat relate to their kind of love due to the fact I am married to my high school sweetheart & still at it! :)

Romantic comedy at its best,…again

A great fourth book to a wonderfully written series. We finally understand why Jason has had so much bad luck over the last three books. He finally finds his salvation in his first love Maddy that has come back after 10 years of mishaps for Jason.

The male voice was so animated and dramatic that it ruined the experience. I love the writers sense of humor but needs better narration.

another good book by RVD

this is the 4th book in the series. although I enjoyed the other books more, this was a good story and worth listening to. I did love the "quotes" from Max's book and the different ways they were read- so funny!

The whole series is hilarious!! I’ve been told to settle down for laughing out loud!! Love love love all of the characters, and as always an amazing story!!

Reading the book was awesome, hearing...was beyond FABULOUS. Could not contain my laughter at times!