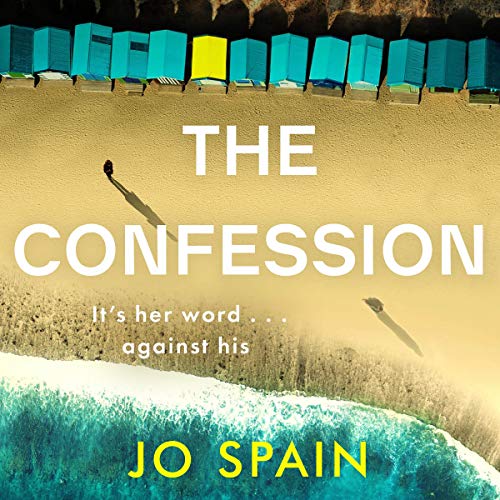 You find out who did it in the very first minute. In the last, you'll find out why.

Late one night a man walks into the luxurious home of disgraced banker Harry McNamara and his wife Julie. The man launches an unspeakably brutal attack on Harry as a horror-struck Julie watches, frozen by fear.

Just an hour later the attacker, JP Carney, has handed himself in to the police. He confesses to beating Harry to death, but JP claims that the assault was not premeditated and that he didn't know the identity of his victim. With a man as notorious as Harry McNamara, the detectives cannot help wondering, was this really a random act of violence or is it linked to one of Harry's many sins: corruption, greed, betrayal?

This gripping psychological thriller will have you questioning, who - of Harry, Julie and JP - is really the guilty one? And is Carney's surrender driven by a guilty conscience or is his confession a calculated move in a deadly game?

The most gripping psychological thriller of 2018. Perfect for fans of He Said, She Said and The Couple Next Door.

I persevered with this book to the end. This universe of unlikeable characters was a bit dreary, and became more so as the book went on. The twist at the end wasn’t much of one either. All in all not much of a pay-off in reading this one.

THIS BOOK KEPT ME INTEREST%ED THROUGHOUT.JO SPAIN ID A GREAT JOB AND I WILL BE LOOKING AT HER WORK TO READ MORE.

Possibly my novel of the year

What did you love best about The Confession?

...and I'm only saying that because the year ain't over.

Two characters and the people around them live their accidentally and totally-on-purpose tragic lives.

Julie wonders why her husband Harry, the once-love-of-life, is brutally attacked in their home by stranger JP Carney. But, over the course of this intriguingly ever-winding story, we find out how and why the attack happened and how Julie knew more about attacker's motives and the victim's sins than she first let on.

Quality storytelling of this calibre is rare. I got to the end and went right back and read it again.

Julie, her initial innocence slowly unfurls to reveal a damaged and damaging heroine, one we fear, pity and despise in equal measure.