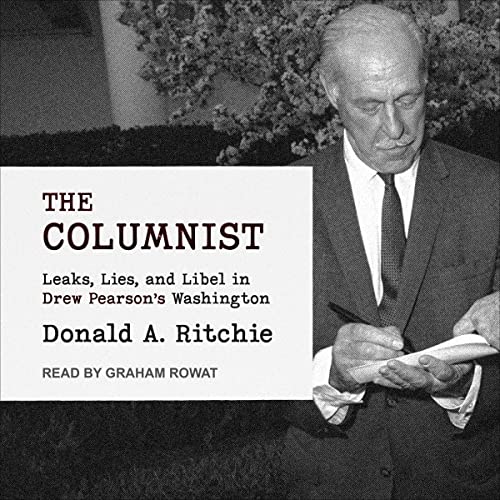 Long before Wikileaks and social media, the journalist Drew Pearson exposed to public view information that public officials tried to keep hidden. Pearson devoted himself to revealing what politicians were doing behind closed doors. From 1932 to 1969, his daily "Washington Merry-Go-Round" column and weekly radio and TV commentary broke secrets, revealed classified information, and passed along rumors based on sources high and low in the federal government, while intelligence agents searched fruitlessly for his sources.

For 40 years, this syndicated columnist and radio and television commentator called public officials to account and forced them to confront the facts. Pearson's daily column, published in more than 600 newspapers, and his weekly radio and television commentaries led to the censure of two US senators, sent four members of the House to prison, and undermined numerous political careers.

Breaking secrets was the heartbeat of Pearson's column. He played cat and mouse with the investigators who shadowed him, tapped his phone, read his mail, and planted agents among his friends. Yet they rarely learned his sources. Drawing on Pearson's extensive correspondence, diaries, and oral histories, The Columnist reveals the mystery behind Pearson's leaks and the accuracy of his most controversial revelations.