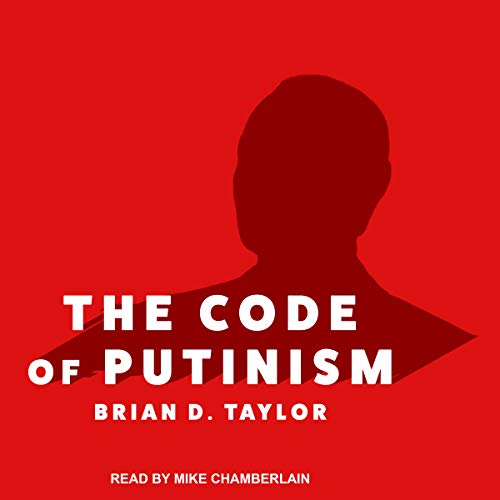 The Code of Putinism

What is Vladimir Putin up to? This book examines how the mentality of Putin and his team - the code of Putinism - has shaped Russian politics over the past two decades. It explains not only the thoughts and ideas that motivate Putin's decisions, but also the set of emotions and habits that influence how Putin and his close allies view the world.

Taylor draws on a large number of interviews, the speeches of Putin and other top officials, and the Russian media to analyze the mentality of Team Putin. Key features of Russian politics today - such as authoritarianism, Putin's reliance on a small group of loyal friends and associates, state domination of the economy, and an assertive foreign policy - are traced to the code of Putinism. Key ideas of the code include conservatism, anti-Americanism, and the importance of a state that is powerful both at home and abroad. Dominant habits of Putin and his associates include control, order, and loyalty. Important feelings driving Russia's rulers include the need for respect, resentment about lost status and mistreatment by the West, and vulnerability.

While some observers portray Putin as either a cold-blooded pragmatist or a strident Russian nationalist, Taylor provides a more nuanced and compelling interpretation of Putin's motives and actions.

One of the best books on putinism

One of the best analysis of putinism. The author clearly has the highest knowledge of the person, the leader and the system in operation. Well balanced without makong the mistake of adopting neither pro and con narratives. Highly recommended to all who would like to know more about Putin’s - sometimes controversial - legacy beyond headines.