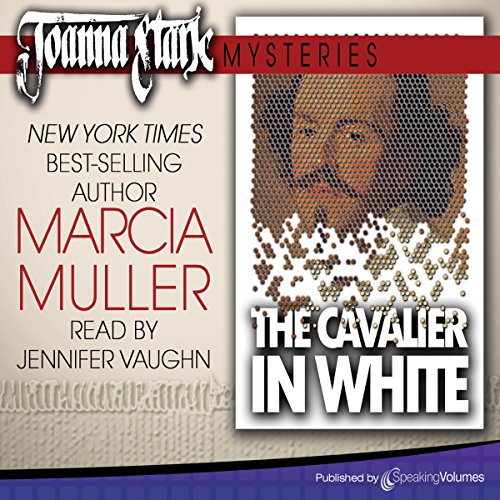 The Cavalier in White

Joanna Stark thought she had finally left her troubled past behind. After the death of her husband, she quit the San Francisco art security firm where she was a partner and retreated to the small California wine country town of Sonoma.

But unexpectedly, in one rainy week before Thanksgiving, her carefully constructed world collapses. A Frans Hals painting, The Cavalier in White, is stolen from the M.H. de Young Museum, and the strange circumstances surrounding its disappearance prompt her former business partner to ask her to return to the city and investigate the theft. Joanna knows she must go back - as much for her own protection as for the sake of the museum.

Her investigation takes her from the hushed corridors of the de Young to a seedy waterfront tavern; from a Seacliff mansion to a vandalized shack on the shores of the Bay; to galleries, museum openings - and the scene of a murder. By the time she confronts the killer, the careful order of her life is nearly destroyed and she finds that the past is not only inescapable, but also more complex and frightening than she had previously imagined.

Nothing read by this lady.

Annoying, too fast, I checked my speed several times, nope, it is her. There is no pausing whatsoever. No inflection or, pace changes. I felt out of breath simply listening to her. I only made it through 7 minutes!

What character would you cut from The Cavalier in White?

Don't know, will get the physical book from the library.

New narrator. Marcia Muller is one of my favorite authors, I was extremely excited that she had this series available, I have never read it before.