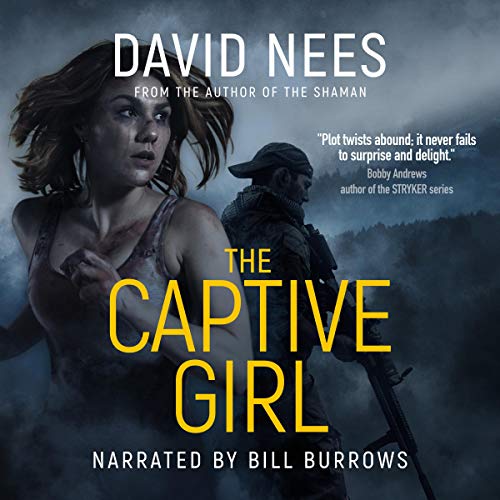 A watcher in Venice tells Dan Stone, a CIA assassin, to take a job he doesn't want: rescue a runaway girl and kill her captor. Against the wishes of his handlers, he plunges ahead. Dan's decision leads him on a mad chase through Croatia, Slovenia, and Austria with a drug-addled girl and two killers on his tail. He's following a dark and deadly labyrinth of deceit, treachery, and depravity that ends with a deadly terrorist attack. Will Dan be able to disrupt it in time?

Dan is divided between two loyalties: one to the CIA and one to those who see his missions as part of a great battle between good and evil. Now he is walking a tightrope between deadly killer and protector.

this is a good thriller

Great story that moves along very quickly and keeps the reader waiting for more. Not thrilled with the narration; some of the accents are a little hokey. Listened to this driving from Virginia to Florida and definitely made the miles go by. I've read the first one and now this third in the series; want to go back and get the second one now.

This is the third book in a series and there were quite a few references to people and events that were obviously introduced and described in previous books. Having not been given the opportunity to review the previous books in this series, I wasn't able to appreciate this story as much as I might have. There is a definite paranormal element to this story that further detracted from it. And the romantic scene at the end seemed forced and obligatory, not at all in character for this story. To top it off, Dan Stone got injured too much. Although the story is action-packed and suspenseful, It's all rather trite and stereotypical.

Bill Burrows performed well. He gave distinctive voices to the characters, although his accents sometimes seemed rather fake. His pacing was good.

Although this story kept me listening, I finished it feeling that I might have better spent my time listening to something else.

NOTE: I was given this free review copy audiobook at my request and have voluntarily left this review.

Was very impressed with the story and the way it flowed together. the characters were well done and three dimensional. Bill Burrows did a great job of bringing the world to life. Biggest selling point is that i listened to it in 2 sittings and then went out and bought the first two books. I received a free copy of this audio in return for an unbiased review.