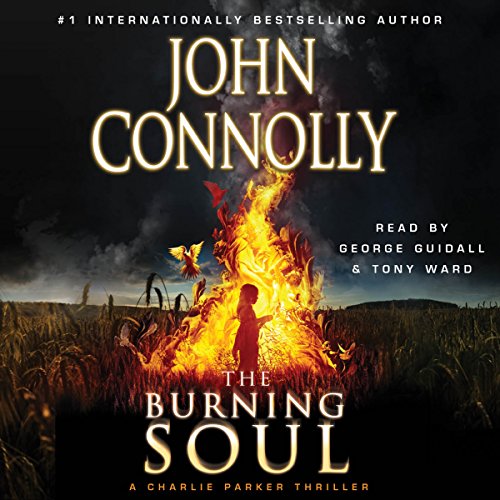 "There are some truths so terrible that they should not be spoken aloud, so appalling that even to acknowledge them is to risk sacrificing a crucial part of one's humanity, to exist in a colder, crueler world than before."

Randall Haight has a secret: He is a convicted murderer, a man with the blood of a young girl on his hands. He has built a new life for himself in the small Maine town of Pastor's Bay, but someone has discovered the truth about him. He is being tormented by anonymously sent reminders of his crime. He wants private detective Charlie Parker to make them go away.

But another girl has gone missing, this time from Pastor's Bay itself, and her family has its own secrets to protect. Now, in a town built on blood and shadowed by old ghosts, Parker must unravel a twisted history of violence and deceit involving the police and the FBI, a doomed mobster and his enemies, and Randall Haight himself.

Because Randall is telling lies.

Great plot, Narration not so great

I would not change a thing about this book. It was pretty awesome. I won't be a spoiler but I could not have guessed the ending. There are lots of storylines to follow and Mr. Connolly does a masterful job of keeping us engaged and made each storyline easy to follow.

As usual, Charlie Parker is just a great protagonist. The plot was awesome. The setting on the almost secluded island only added to the plot.

What didn’t you like about George Guidall and Tony Ward ’s performance?

I LOVE George Guidall as a narrator. I think his narration has a wry quality to it that I absolutely adore. I search for books he has narrated and on the strength of his narration alone, I may choose to listen to a book, I would not have considered before. I listened to Neil Gaiman's American Gods because George Guidall was the narrator. Okay, so Tony Ward's performance was a bit strange. It was as though he had something in his mouth like a piece of candy the entire time he was reading his parts. I like books with different narrators. It add a freshness to the material. My ears perk up when I hear a different voice. I did read another review that hinted at the low quality of Tony Ward's performance but I disregarded it, thinking that it was subjective (especially since the reviewer did not like George Guidall as a narrator); but really his review of Tony Ward's narration was spot on. Mr. Ward did sound slightly inebriated. I hope Mr. Ward's performance on this book is an anomaly, I would hate to avoid listening to books simply because he was the narrator.

Oh, you better believe it! Although, I have no idea which actor I would like to play Charlie Parker?

Why do they change readers?

Did George Guidall and Tony Ward do a good job differentiating all the characters? How?

I love the Charlie Parker series and so looked forward to this newest book. Jay O. Sanders was perfect for the part of Charlie Parker. George Guidall is a great reader, but I was disappointed when he replaced Sanders. (You come to know a character, almost like an old friend. A new voice severs that relationship.) Tony Ward is a good reader, but so different from Sanders and Guidall. He sounds too young, naive, and optimistic. Charlie Parker calls for a reader that can project a hard boiled, burnt out character. The series is dark. Ward cannot produce that voice.

The Burning Soul is a Charlie Parker story about a child murder done years ago and a new child abduction done now. Connolly keeps a complex story running on level of suspense that is delightful - you cannot see what is going to be around the next twist. His style is rich. His support characters - Angel and Louis - also make an appearance here. Love those two!

I have read all the Charlie Parker series and they are dark and terrifying, violent and insightful. Connelly is a writer for intelligent readers.

I did not like having two readers - George Guidall and Tony Ward - at first but they fit right in and both are excellent readers.

I would recommend the book since I've liked the other Charlie Parker books, but not the audio. I loved George Guidall's narration, but the Tony Ward parts were so unlistenable for me that I couldn't even finish it. I decided to just read it on Kindle.

What didn’t you like about George Guidall and Tony Ward ’s performance?

I always love George Guidall, have listened to several books he's done. Tony Ward, though...he seemed like he was just phoning it in--almost no affect, no real energy. I dreaded every time the narrator changed.

In the small town of Pastor’s Bay, a 14 year old girl has gone missing. Randall Haight, an unassuming local accountant, has a secret. A secret that may lead to him becoming not only a suspect, but a pariah in the small community. To make matters worst, someone knows Haight has a secret, and through a series of anonymous letters, may be willing to use that information to harm him. So, Haight’s lawyer brings in Private Investigator Charlie Parkers, to discover the identity of the would-be blackmailers. Thus begins another complex mystery, the kind that Connolly does so well. Connolly’s Charlie Parker series is a brilliant mix of modern detective tale with a simmering undercurrent of the supernatural. In The Burning Soul, Connolly again finds the right balance, allowing Parker to work the mystery in a straight manner, yet still feel the added levels that the case brings. I have always loved the balance Connolly brings. He never uses the supernatural elements as an easy out. Parker never solves his mysteries by tapping into the spirit world, but through his own bullheaded, straightforward detective work. The central mystery, the disappearance of 14 year old girl, brings with it a wild mix of local Police, FBI, mobsters and lowlifes, and Connolly deftly maneuvers the reader through the intricate plot full of twists, without ever leaving the readers behind. If I had any complaints about The Burning Soul it would be that the peripheral characters of the series, like Louis and Angel, and the Fulci brothers only have minor roles here. Yet, aside from that small complaint, Connolly latest Charlie Parker novel is a winner, with a solid contained plot that will please new readers, yet with enough nods to Parker’s past to keep fans of the series happy.

The audio production was another story. The Burning Soul was read by two narrators, George Guidall who handles the third person POV’s and Tony Ward, who read Charlie Parker’s first person perspective. I found this handling of the story strange, but tolerable. I have never been a huge fan of George Guidall’s voice. I find it too old sounding and gruff, but he’s a professional and handles his material fine. He really doesn’t do much to bring the story to life, just reads it in a workman-like manner. Tony Ward’s reading was rough. There was just something off about it. It sort of reminded me of when the audio is just slightly off on a DVD, and it just feels wrong. Ward’s reading seemed to have strange slurred quality, as if you were talking to a person with a bit of a beer buzz. He rarely changed tones when reading dialogue, having Haight’s female attorney sound quite similar Charlie Parker himself. Despite the fact that the action takes place in New England, not a single authentic New England accent could be found in the production. If it wasn’t for the fact that Connolly’s story was so engaging and that I had to know the outcome of the mystery, I may have given up on this production based on the strange, uneven narration. Yet, Connolly’s story did suck me in, enough so that I was able to put my issues with the audio production aside and just enjoy the tale I was being told.

The idea of mixing George Guidal with Tony Ward was a Fail. If you want to do that should have mixed Guidal with Holter Graham. My opinion, just have Graham. He's perfect for Charlie Parker.

I’m a big John Connolly fan, so much so that I’m always a little bit disappointed when I get to the end of one of his books. It’s a testament to his skill that the reoccurring themes of his writing (extreme violence, central characters named after famous people, serial killers, the supernatural) would usually be enough to put me off immediately but I was strongly recommended Every Dead Thing by a co-worker who I regularly swapped books with in the early 2000’s. Despite my initial reticence I read it and was hooked! This book was not a disappointment; his recurring central character, PI Charlie Parker (don’t let the name put you off) is drawn into investigating the disappearance of a young girl when he is asked to look into a possible blackmail case of a man living under a new identity. As always elements of the supernatural are weaved into the storyline and the story moves forward at a fast pace, keeping you wanting more. I would strongly recommend.

I can read better than this! Just pat word after word like a newspaper article. Like I said eeech.

Compared to Guidall, Ward's tone was harsh and did not blend well with Guidall's smooth baritone voice.

If it weren’t for George Guidal narration of certain characters this book would have to go down as the worst book I e ever listened to to end. Other narrator very very flat, there’s an issue with audio where 2nd narrator changes his tones like he went back and re-recorded passages and the quality of recording better. By the end of the book you can tell this poor narrator has learn from Guidal and definitely improves. But story writing is flat with too much detail like Connelly always does.