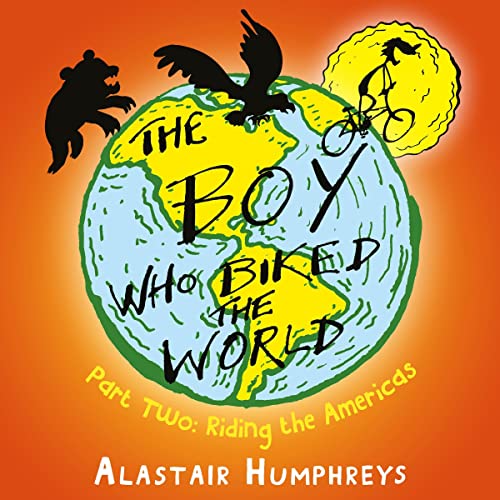 The Boy Who Biked the World: Riding the Americas

In Riding the Americas, Tom dreamed of being an adventurer. But everyone told him he was crazy, so he decided to prove them wrong by cycling round the world! The first book of Tom's adventures followed him across Europe and through the mysterious landscapes of Africa. In book two, Tom pedals north from the tip of South America up through the Americas towards Alaska. He must contend with deserts, jungles and the massive mountains of the Andes. He meets grizzly bears, fascinating locals, and even a memorable guinea pig.

Published for the first time in audio and narrated by none other than Alastair himself!