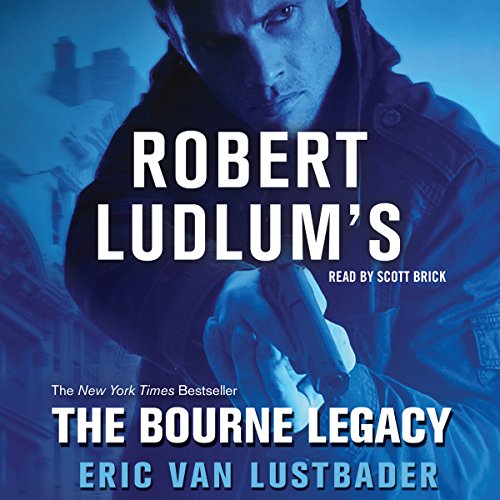 Jason Bourne, international assassin of deadly repute, was an identity assumed by covert agent David Webb. Retired from the CIA and now a professor at Georgetown University, Webb's life is finally his own. His newfound calm is shattered when he becomes the target of an assassin and is framed for the murder of his two closest associates - the only ones who knew the full truth about Bourne.

Fighting for his life against unseen assailants, the Bourne identity asserts itself and Jason Bourne is once again in control.

"Scott Brick is one of the fastest-rising stars in the audiobook galaxy. His understated approach to each book serves him well, and whether he is handling a roomful of Russian generals or a series of dizzying scene changes, the listener stays with him for every word." (AudioFile)

I accidentally bought the abridged version of this book instead of the unabridged one, but am not disappointed. The story is excellent, and while I don't think it does read like a Ludlum book (even though it IS abridged), it is very good. Lustbader included the perfect amount of action, politics, and emotion to the book. And in the end, Scott Brick does a fantastic narration and keeps you glued to what's happening.

Simply Packed with Action and Excitement

This book competes with James Bond and in some instances surpasses Bond's character. An action packed thriller displaying the many facets of its antagonist. The book blends together interesting and colorful characters and brings them to life. Once you begin listening to this story you won't want to stop listening until the very end.

I imagine this one would be a better read. If you don't listen in a few sittings, and only once a day on the way to work like me, then you will probably find yourself confused with the characters. Not a lot of character development and there are a lot of characters. At times, I was confused as to who is who, and which guys/gals were wearing the white hats and which were wearing the black hats. Overall, worth the listen!