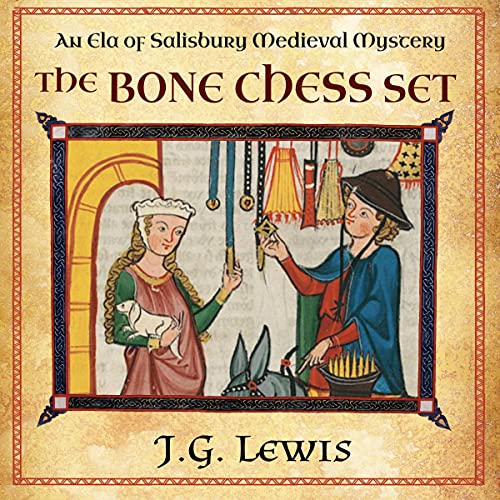 A traveling merchant’s death heralds a series of grim mishaps at Salisbury Castle. Ela suspects a plot to discredit her as sheriff. Can she solve the murder and save her reputation, or will she be the next victim?

This series features a real historical figure - the formidable Ela Longespée. The young Countess of Salisbury was chosen to marry King Henry II’s illegitimate son William. After her husband’s untimely death, Ela served as High Sheriff of Wiltshire, castellan of Salisbury Castle, and ultimately founder and abbess of Lacock Abbey.