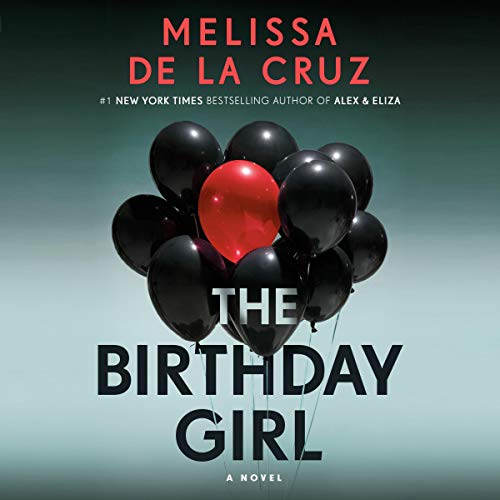 Before she became a glamorous fashion designer, Ellie de Florent-Stinson was a trailer-park teen about to turn 16. But a night of birthday celebration doesn’t go exactly as planned and descends into a night she’ll never be able to forget.

Now, on the cusp of her 40th birthday, it appears Ellie has everything she ever wanted: a handsome husband; an accomplished, college-age stepdaughter; a beautiful 10-year-old girl; adorable and rambunctious six-year-old twin boys; lush, well-appointed homes in Los Angeles, Park City, and Palm Springs; a thriving career; and a dazzling circle of friends.

Except everything is not quite as perfect as it looks on the outside - Ellie is keeping many secrets. But hiding those skeletons has a cost, and it all comes to a head the night of her fabulous birthday party in the desert - where everyone who matters in her life shows up, invited or not. Old and new friends and frenemies, stepdaughters and business partners, ex-wives and ex-husbands congregate, and the glittering facade of Ellie’s life begins to crumble.

Beautifully paced and full of surprises, The Birthday Girl is an enthralling tale of a life lived in shadow and its unavoidable consequences.

“[Melissa de la Cruz] contrasts the glamorous but vacuous world of the back-stabbing elite with gritty but often sweet memories of Ellie's impoverished youth… Scandalous and bittersweet, our heroine's charmed life seems to teeter on designer stilettos as she gets closer to the truth of who she really is.” (Kirkus Reviews)

“De la Cruz expertly mixes biting satire with suspense and throws in more than a few surprises...Readers will be riveted as long-simmering secrets come to light.” (Publishers Weekly)

Not worth your time or money

Poorly written, lousy story, and so outside reality it is not worth the time. Get a good James Paterson or Jodi Picoult instead.

Well narrated story with good insight into the characters and their motivations. I enjoyed how the story knitted together and brought the past into the present. Surprise ending, really enjoyed this book.
The language is quite graphic, we originally wanted our teenage children to listen too, but this is not a novel for them. It is recommended by Goodreads as a novel for Young Adults. I looked up the definition of 'Young Adult ' and it is a teen between 12 and 18. This book leans more towards the 18 year old than the 12 year old. (we have a 15&12 year old)

I was totally surprised. <br />

I thorough enjoyed this audio recording. It involves friends on one day. One day is in the present, and the other day is 24 years before. It is the same date both in the present and the past.

Not what I expected but really good. Finished it in less than 24 hours. It kept me intrigued.

I’m glad that I could read a Meredith Baxter Bernie Lifetime movie without consenting...

How some people get published, I’ll never know.

I liked it. However, the "reveal" ending could've been done better, at that point in the story, it became a little mixed up. So the ending felt like..meh. I was hoping for more of a dun dun dunnnn ending.