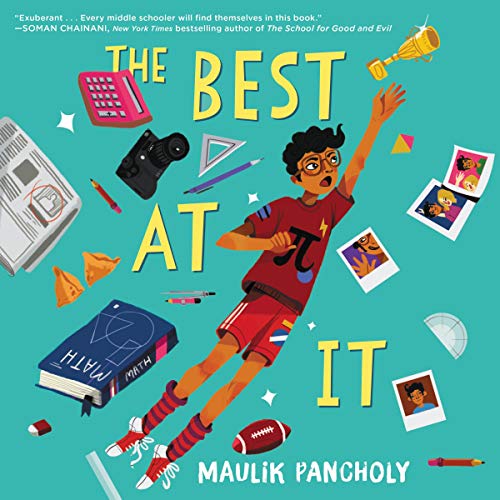 The Best at It

The Best at It

From award-winning actor Maulik Pancholy comes a hilarious and heartfelt middle-grade debut about a gay Indian American boy coming into his own. One of Time Out's “LGBTQ+ books for kids to read during Pride Month”, this is perfect for fans of Tim Federle’s Nate series.

Rahul Kapoor is heading into seventh grade in a small town in Indiana. The start of middle school is making him feel increasingly anxious, so his favorite person in the whole world, his grandfather, Bhai, gives him some well-meaning advice: Find one thing you’re really good at and become the best at it.

Those four little words sear themselves into Rahul’s brain. While he’s not quite sure what that special thing is, he is convinced that once he finds it, bullies like Brent Miller will stop torturing him at school. And he won’t be worried about staring too long at his classmate Justin Emery.

With his best friend, Chelsea, by his side, Rahul is ready to crush this challenge.... But what if he discovers he isn’t the best at anything?

Funny, charming, and incredibly touching, this is a story about friendship, family, and the courage it takes to live your truth.

Ce que les auditeurs disent de The Best at It

I love this story and the narration

Perfect book for a middle schooler, esp one finding themselves. I loved the bi-cultural and bi-lingual features of the book and narration. thank you!