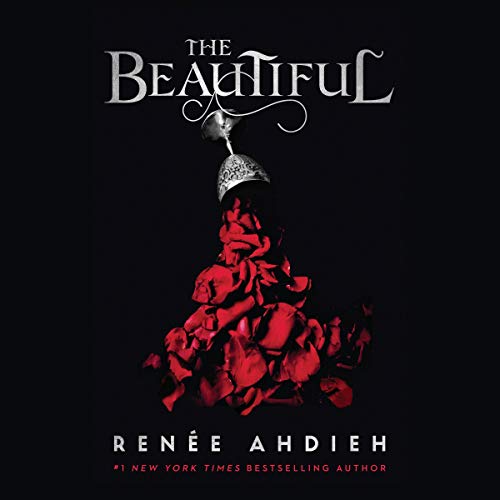 In 1872, New Orleans is a city ruled by the dead. But to 17-year-old Celine Rousseau, New Orleans is a safe haven after she's forced to flee her life as a dressmaker in Paris. Taken in by the sisters of the Ursuline convent in the middle of the carnival season, Celine is quickly enraptured by the vibrant city, from its music to its fancy soirées and even its danger. She becomes embroiled in the city's glitzy underworld, known as La Cour des Lions, after catching the eye of the group's enigmatic leader, Sébastien Saint Germain.

When the body of one of the girls from the convent is found in Sébastien's own lair - the second dead girl to turn up in recent weeks - Celine battles her attraction to Sébastien and suspicions about his guilt along with the shame of her own horrible secret.

After a third murder, New Orleans becomes gripped by the terror of a serial killer on the loose - one who has now set Celine in his sights. As the murderer stalks her, Celine finally takes matters into her own hands, only to find herself caught in the midst of an age-old feud between the darkest creatures of the night, where the price of forbidden love is her life.

At once a sultry romance and a decadent, thrilling mystery, master storyteller Renée Ahdieh embarks on her most potent fantasy series yet.

"The Beautiful, which kicks off a new series, returns the vampire novel to popular form, evoking the style of Anne Rice and breathing fresh life into the genre." (Entertainment Weekly)

"It's true: Vampires are back, and they're more seductive than ever." (Bustle)

"Ahdieh brings New Orleans vibrantly to life, particularly when exploring the complicated racial and gender restrictions of high society through main and supporting characters of mixed-race origin. Sure to please fans of the author and of the vampire-romance genre." (Kirkus)

"The first in a series, this mystery novel shines when it focuses on Celine and her struggle to fit into society while trying to be true to herself." (School Library Journal)

"An action-packed third act and a final reveal will have readers grasping for the sequel.... Vampires never stay dead for long, and best-selling Ahdieh's approach - part homage to the classics, part fresh-eyed revitalization - will intrigue all but the most committed skeptics." (Booklist)

"Ahdieh’s New Orleans is lushly atmospheric, permeating this series opener with an undercurrent of violence within a seductive underworld around Mardi Gras.... Readers will champion Celine’s wit and incredible grit - even surrounded by powerful, supernatural protectors, Celine fights for herself and those she loves.... Fans will clamor for the continuation to this captivating volume." (Publishers Weekly)

Need to up the speed of 2nd narrator

This was an okay story, nothing special but it drove me crazy how they slowed down the 2nd speakers voice so much! It was unbearable, so much so that I had to up the narration speed up to 1.5x faster.

The Beautiful brought together some of my favorite reading aspects old New Orleans, vampires, romance, mystery, and action. While the storyline alone is entertaining and the descriptions vivid, some of the romantic aspects aren't as believable.

However, the audible performance by Lauren Ezzo is phenomenal and brought the story to an entirely new level. Her voice performance is so emotional and powerful that she fully brings you into the heat of New Orleans, the horror of murder scenes, and the heart crushing emotions of romance.

I would recommend this book, especially the audiobook version.

I tried listening to this on audible and the narration was so horrible and flat that I would doze off. At one point I was 30min in the book and I had no idea what’s happening, I couldn’t even remember the beginning.

I cannot rate the story or the plot cause I didn’t finish it. Maybe if I had a paperback I would have felt different about it.

When I saw the cover and read the synopsis, I decided to give the author another go, The story started off well enough, I even wrote it's her best work so far, half way through I became so bored, and I marked all the conversations and things that author wrote imitating Twilight, everyone says they are an Anne Rice fan but everyone is actually a Stephenie Meyer fan but love to hate on her. The court has a father figure (the uncle) and three guys and two girls. Oh and I would like to point out that Shatranj is chess. I loved the New Orleans aspect of the story, the fashion, the thriller but as usual the love story doesn't work for me in the author's books. I have to add that the narrator was SO annoying when she spoke so slowly, I had to add speed to get over it.

Examples:
-My voice catches her off guard. I'm unsurprised by this. its rich music lulls mortals closer in a way that never ceases to amuse me.... In a way, I would argue we are among the most perfect of predators.
-I posses a certain affinity for monsters.
-You're trying to scare me. It won't work.... Liar. You wouldn't hurt me.
-You don't know anything about me, he said, I've killed before Celine. Countless times.
-Wouldn't be wonderful if we could have hearts made of diamonds?
-Her blood sings an unusual melody.
-Ask me what I am. (Vampire)
-She was no lamb. She was a lion. (my eyes rolled so hard here)

Definitely not Twilight! This book was seductive, romantic, beautiful and heartbreaking. Odette is one of my favorite female supporting characters ever. I love her devil-may-care attitude about social norms during the time period and her spunk. Celine was haunted by her past yet moved to a new country and a new life. She was strong, stubborn, and tried hard to be independent. I still have no idea if I am team Sebastian or team Michael. When Michael was in a scene, I was all for Michael. Then Bastian came into a different scene and I was back to Bastian. I almost cried at the end. Not just because the ending was heartbreaking but I really didn't want this book to end.... like EVER. The world that Renee Ahdieh created for this book was intoxicating, and I want more

I couldn’t even finish it

The audiobook was so awful. The voice behind it was too grating for me to get past a few chapters. I kept stopping it and hoping I could get through, I could not. I bought the book to just read instead. I love audiobooks, but this is the worst voice for narrating I have ever heard.

Awesome book! I was not into it at first but, as always don’t judge a book by its cover. Looking forward to book 2. So glad I discovered this book!

I ORGINALLY COULD NOT GET INTO THIS AT ALL

I was confused constantly and the evil voice was the most awful sound and at first months I tried going back and forth to it never getting any understanding from it or likely from it. Then two nights ago I started.it again and I immediately started getting into it once I never gave up and I'm throughly impressed with the story and happy hat book 2 just also happens to be out so its working out perfectly. I will definitely let you know what I feel about the story entirety once book 2 is finished "the damned ".

started out good and kept mu attention then slowed to turtle crawl to the finish. Narrator overall ok but for one character narrated way too slow that i would fast forward sometimes to get through that characters chapter.

The narrator is horrendous. One character is read so slowly I thought I accidentally hit the narration speed. I will be finishing the story with the actual book. I am hoping a new narrator is chosen for the upcoming book(s)