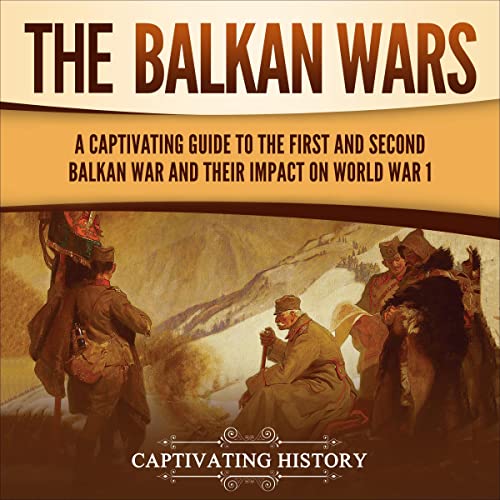 Did you know that the Balkan Peninsula is often referred to as the “powder keg of Europe?”

It was a term devised in the early 20th century to describe the unstable political situation in the region just before it exploded into a conflict known as the First World War. The Balkan Wars were a series of conflicts fought between the Balkan League (Bulgaria, Serbia, Greece, and Montenegro) and its allies and the Ottoman Empire. But, these wars didn’t involve any of the great European powers such as Germany, France, or the United Kingdom. This is what makes them less known, but they were crucial for the development of the European political scene.

The Balkan Wars were first fought for ethnic groups that were ruled by the Ottoman Empire, so they could gain their complete independence and expand their territory. Looking up to the successful western states, Serbia, Bulgaria, Montenegro, and Greece wanted to achieve national states with a territory that would gather all their ethnic brothers into one state.

Listen to Captivating History’s The Balkan Wars to understand the origins of the conflict, as well as:

Don’t miss this opportunity to learn about the Balkan Wars, scroll up, and click the "buy now" button!

A good guide to this complex region and conflcts

This region is very complex and the conflicts that have arisen there are very complicated and impactful on modern history. This audiobook does a wonderful job of clearly delineating how these conflicts arose from the different powers both in the region and outside the region that had their own agendas. The way the story is structured you can easily see the ebb and flow of different nations and peoples and how the tensions led to the various conflicts.

Jason Zenobia's narration is engaging and enjoyable as always.

lost interest about halfway through

I love listening to Jason Zenobia (aside from his pronunciation of Herzegovina), but even he couldn't keep me interested. I eventually just stopped listening and fast-forwarded to the end so I could leave a review

I'm sure many will enjoy this, but I'm not 1

Another great book from captivating history. It was very interesting learning about this time before WW1

Very nice discussion of a precursor to WWI

I was only vaguely familiar with the Balkan Wars of the early 20th century. Thanks to Captivating History I now know more. This work covered both wars and their inadvertent lead-in to the first World War. With excellent narration by Jason Zenobia this work continues Captivating History's excellent group of works of history. Highly recommended.