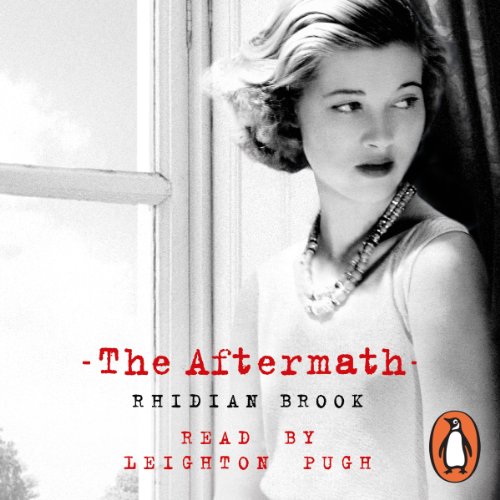 Hamburg, 1946: Thousands remain displaced in what is now the British Occupied Zone. Charged with overseeing the rebuilding of this devastated city and the de-Nazification of its defeated people, Colonel Lewis Morgan has requisitioned a fine house on the banks of the Elbe, where he will be joined by his grieving wife, Rachael, and only remaining son, Edmund. But rather than force its owners, a German widower and his traumatised daughter, to leave their home, Lewis insists that the two families live together.

In this charged and claustrophobic atmosphere all must confront their true selves as enmity and grief give way to passion and betrayal. The Aftermath is a stunning novel about our fiercest loyalties, our deepest desires, and the transforming power of forgiveness.

It is not good when you start a book and don't believe in the feasibility of the characters' first actions. These actions didn't fit the characters' personalities. Once this feeling was lodged in my head I could never throw it off. The characters, their relationships and their actions were not credible.

This is a book of historical fiction that depicts the first years after WW2 in Germany. The setting is Hamburg and the year is 1946. What saved me from giving the book only one star is the accurate and interesting description of the situation in Germany at this time. It was split into four zones, controlled by the English, the Americans, the French and the Russians respectively. The political tensions between the nations are emerging.

The dramatic ending is cinematic in tone. It was NOT to my taste. Talk about unbelievable! Talk about cute! Talk about tying up all the strings into a neat little bow! This book has in fact two titles: the second is The Picture Book, and that is the more appropriate!

I don't mind sex in a book, but every darn relationship was propelled by sex. This too was not believable. Did the author do this to attract contemporary readers?

I liked the historical but not the fictional content of this book.

(The narration by Leighton Pugh was fine.)

A very well written as well as a very interesting book that gives the listener besides listening entertainment also insight in the post World War II situation in Germany. Leighton Pugh, who read the book, did an absolutely excellent job.

This book left me wanting to continue listening to it. Beautifully written, well formed characters and a fascinating plot. In addition full of information about a time and place where my grandmother lived but l knew hardly anything about. Leighton Pugh reads it perfectly, letting pictures emerge without emphasizing the dramatic times. Thank you.