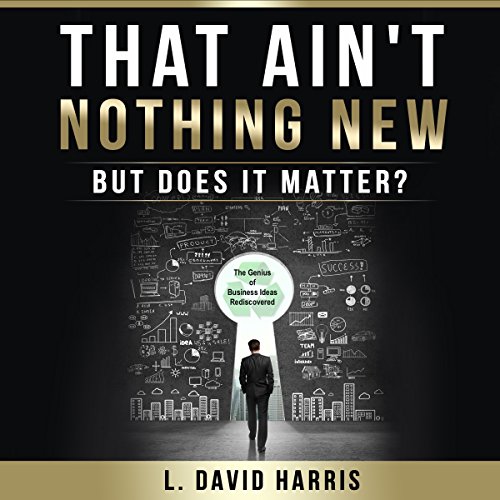 That Ain't Nothing New: But Does It Matter?

There are rarely ever brand-new ideas. Inventions are often old ideas recycled, enhanced, and marketed in a new method and format. This is all called freewheeling innovation, and this is how society (and technology) progresses. You cannot be afraid to take someone else's ideas, improve on them, and claim them as your own. This "thievery" is almost the lifeline of innovation.

Recent technological advancements have been mostly regulated to the corporate level, but intercorporate dealings prove the freewheeling innovation theory. Corporate giants are constantly confronting each other in front of judges, arguing about whether one firm has copied technology invented by another firm. If nothing else, this proves to you and me that copying others is a hallmark of invention.

Now, if only our courts would understand this concept, the little guys would have a much better chance. Corporations are constantly copying each other's ideas and improving upon them. They also have the resources to defend their improvements in court, unlike most individuals, who cannot fight against a litany of highly remunerated, bloodthirsty corporate lawyers.

Yet you cannot and should not let this hold you back, as the only chance you have of being sued is if you have successfully introduced something "new" that is actually hurting sales of a big corporate monster. A lawsuit against you will only confirm your success. The notion that new ideas and products are invented is just a creation myth.

Ce que les auditeurs disent de That Ain't Nothing New: But Does It Matter?