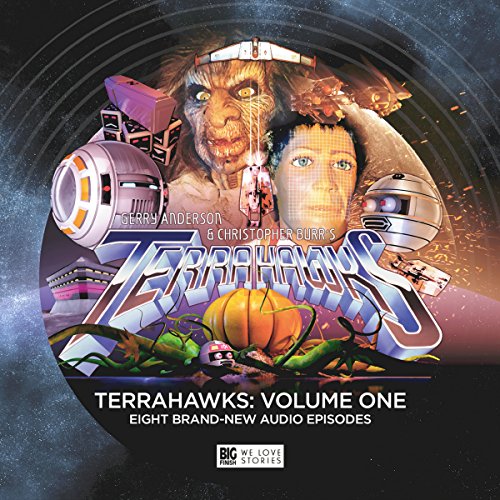 'Terrahawks, stay on this channel....'

Back in action after 30 years comes Terrahawks, the fondly remembered action-adventure comedy originally brought to you by the men who created Thunderbirds, Captain Scarlet and Dick Spanner.

In the not too distant future, the Earth finds itself under constant threat from Zelda, a bloodthirsty android who, along with her fiendish family and monstrous creations, has established a base on Mars.

The only thing standing between this evil queen and her quest for the ultimate annihilation of mankind are the Terrahawks - an intrepid band of heroes led by the stern but fair clone Doctor Tiger Ninestein.

"...the vocal performances were superb throughout. Moreover, the behind-the-scenes extras are worth the price alone, as the veteran actors have a blast reprising their roles." (Scifi Pulse)
"Tremendously good fun with high adventure, silly voices and terrible puns all lovingly recreated in the spirit of the original. Five Stars." (Cultbox)