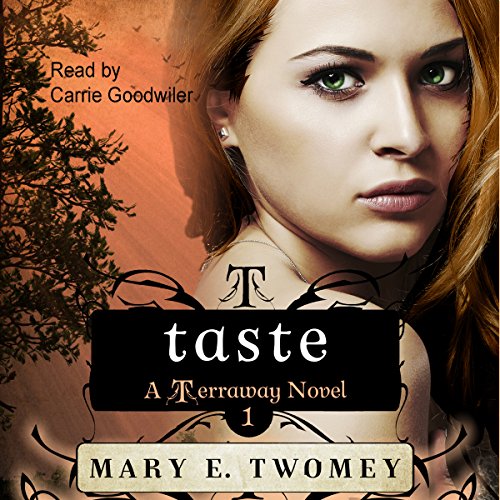 Just when correctional nurse October Grace has a handle on her stressful job and taking care of her mentally ill mother, a shape-shifting warrior and a half-vampire plunge her into a foreign land that's on the brink of starvation. Now, with a ticking clock and a target on her back, October takes up the mantle of becoming one of the rare Omens who can bring hope to a dying world.

Mason and Von remain by her side to shield the national treasure while she sacrifices herself to reap the souls that will feed the nations of Terraway. As the death toll rises daily, October finds herself tangled up in a cutthroat world where Filipino fairytale creatures run wild, and every day is a new bloody battle.

Taste is book one in an eight-part fantasy romance series, with characters based in Filipino folklore.

Did I say that I hated cliffhangers!?!? All in all the story & narration were great! I blame myself.....I should have realized that Book 2 didn't mean a complete book in a series.

I always hated reverse harem books but this one is different. I loved it. I love the guys and I love October. She has a lot of problems, a lot and she doesn't handle everything well. I like that she's flawed but not stupid. I've read to many books about a girl who is perfect but stupid.

Many worlds, many creatures

This is an enjoyable book. The characters are interesting and multi faceted. The next book in the series promises to be exciting.

I was voluntarily provided this review copy audiobook at no charge by the author, publisher and/or narrator. The character of October is a strong competent woman with a sense of humor. The events that unfold lead us to Filipino folklore. I don't know any Filipino folklore but this story was intriguing. A great listen. Wonderfully narrated. All Around good story and great world and interesting characters I would recommend it.