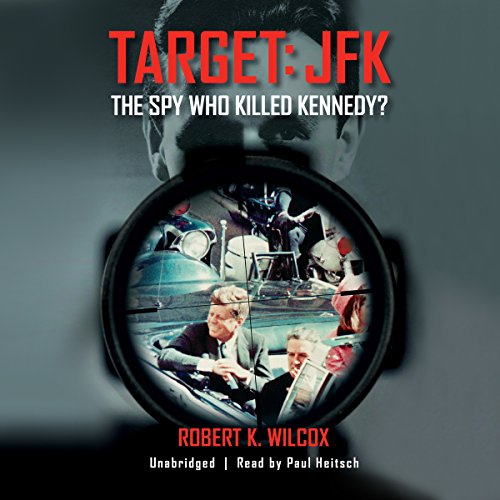 The true story of a mysterious, dashing stuntman-turned-spy who may have been behind John F. Kennedy's assassination.

His name was René Dussaq. He was born in Buenos Aires and educated in Geneva and Cuba. He was a daring WWII paratrooper who parachuted behind enemy lines for dangerous undercover work in support of the French Resistance. He was a handsome, charming man who briefly worked as a Hollywood stuntman.

He was also a spy who may have killed John F. Kennedy.

The shocking new book Target: JFK reveals minute-after-minute of incredible, never-before-reported evidence that René Dussaq is the missing link in the assassination mystery that has puzzled America for half a century.

Truth is stranger than fiction, this is the most interesting story I've heard in years.

Highly recommended! Government needs to release all documents pertaining to JFK assassination! What a great read!

The author is all over the place with meaningless detail. I had to check multiple times to see if I was listening to the correct book. I rarely return books, but this on goes back.