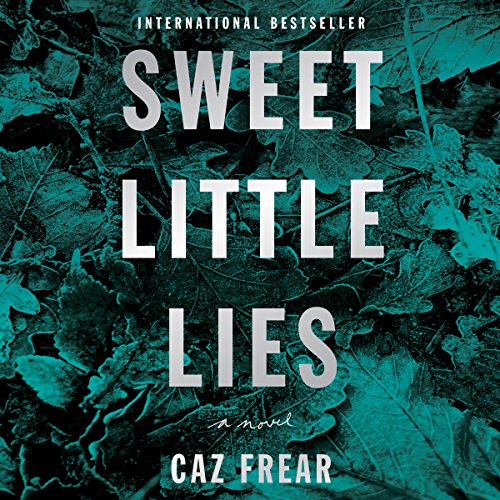 In this gripping debut procedural, a young London policewoman must probe dark secrets buried deep in her own family’s past to solve a murder and a long-ago disappearance.

Your father is a liar. But is he a killer?

Even liars tell the truth... sometimes.

Twenty-six-year-old Cat Kinsella overcame a troubled childhood to become a detective constable with the Metropolitan Police Force, but she’s never been able to banish these ghosts. When she’s called to the scene of a murder in Islington, not far from the pub her estranged father still runs, she discovers that Alice Lapaine, a young housewife who didn’t get out much, has been found strangled.

Cat and her team immediately suspect Alice’s husband, until she receives a mysterious phone call that links the victim to Maryanne Doyle, a teenage girl who went missing in Ireland 18 years earlier. The call raises uneasy memories for Cat - her family met Maryanne while on holiday, right before she vanished. Though she was only a child, Cat knew that her charming but dissolute father wasn’t telling the truth when he denied knowing anything about Maryanne or her disappearance. Did her father do something to the teenage girl all those years ago? Could he have harmed Alice now? And how can you trust a liar even if he might be telling the truth?

Determined to close the two cases, Cat rushes headlong into the investigation, crossing ethical lines and trampling professional codes. But in looking into the past, she might not like what she finds....

My favorite book this year

The comedy and authenticity of conversations were executed perfectly. It’s hard to decide on a favorite character in this novel, and the narration was amazing. Highly recommend!

The most annoying audiobook of all time

I cannot imagine a more annoying protagonist or a more annoying narrator. The male voices are like nails on the chalkboard. The main character has to be the most self-absorbed, self-indulgent "victim" in the history of literature. Your life really is not that bad. Get over it and move on. Somebody you barely knew died. This should not be the subject of a novel or audiobook.

Simply a great book. Characters you can picture perfectly whether you like them or not. Great dialogue and a smart mystery. Narrator does the unthinkable with various accents switching back and forth seamlessly. Had my attention from start to end.

I loved this book! It kept me guessing until the very end and that is not easy to do!

What was even more impressive are the relationships between characters like the father and daughter, junior and senior detective, sister with sister. Well developed characters one could relate to and yet enough daylight that the thoughts and behaviors were uniquely their own.

As the plot thickens the need for unnecessary shock value does not and it is a good ole who dunnit with smart people to solve the crime.

I will definitely look for more books from this author! Highly recommend!

Solid book, that kept me guessing

This was a solid book. Not the best i have ever read, but it was pretty good. I did get confused at times cause there were a lot of characters (or maybe i was only half listening..lol) But i loved the ride this book took me on. I was a little surprised by the ending, which is good, because I read A LOT of psychological thrillers and I usually know what is going to happen. This was a good read, i would recommend it!

I seem to be on a losing streak lately, in it for the long haul with long, go nowhere stories. I don’t know if was the delivery (lackluster narrator) or the storyline itself, but I just didn’t care. 15 hours of boredom. It’s too late for me, but if you have a choice, don’t waste your credit on this one.

Plot that seemed to be veering off course for a while developed nicely. A very satisfying read.

Really enjoyed this unique story made all the more enjoyable by superlative narration! Tiny sidebar of advice to the author: drop the use of “literally”, especially when you mean “metaphorically”!
Highly recommend this entertaining book.

Starts off slow but picks up and gets really good! Didn’t want to stop listening.

This is a first class procedural

I listened to this in two days. Great characters, intriguing mystery, good twists and turns, nicely written. Well worth a credit.