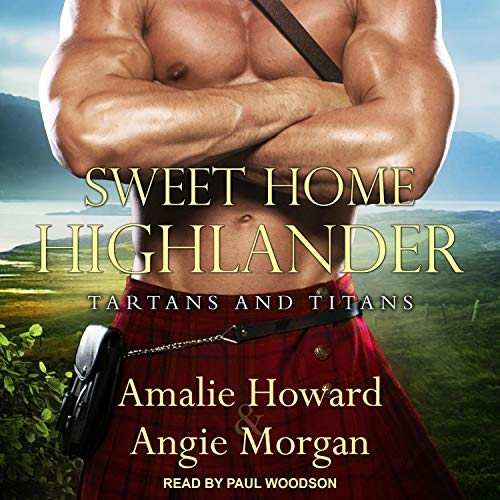 Lady Aisla Montgomery has a perfectly tolerable marriage...as long as her husband stays in Scotland and she in Paris. But now, years later, she wants only one thing - a divorce.

Niall Stuart Maclaren, the rugged Laird of Tarbendale, rues the day he met his beautiful, conniving wife. Though the thought of her incites a bitter and biting fury, no other woman has ever stirred his blood as hotly.

When Aisla returns to Scotland to sever ties, Niall agrees on one condition - one week with him for every year of desertion. Six weeks as his wife in his castle...in his bed...in exchange for her freedom.

Heroine is an idiot

This is my first and last book by this author. The plot summary was interesting and I thought it would be good, but I was very disappointed.
The problem is that the heroine is an idiot. She is so stupid I just could not care what happened to her. I started to wish there would be NO HEA,as the hero deserved better. Even the heroine's french maid is smarter and knows more about what will happen than the heroine...and the french maid has only known the people in the story for a few days. The heroine won't take the maid's great advice either...it takes a really stupid person to never know that they are stupid and should count on others to help them. But no, this heroine thinks she is wonderful and can handle everything, to the point that I was cheering for the villan of the story. The heroine is just so arrogant and full of herself that I could not like her.
The narrator was very good and I would read another book read by him. He was the best part of the book.
I would give this book a pass if you want to enjoy reading a book. I am going to try to get my credit back and hopefully I can save others from making the same mistake.

This had a really different storyline than any I’ve read. I enjoyed the fact the Laird had a disability that he didn’t view as one and his friends and family didn’t either. It shows how some can rise above. The story was sexy, romantic, and sad at times. A very good story by this writing due and good narration by Mr. Woodson. The only thing for me that would have made it better would be more detailed sex and humorous moments. I’m interested in more from the secondary characters, that I hope are in books to come.