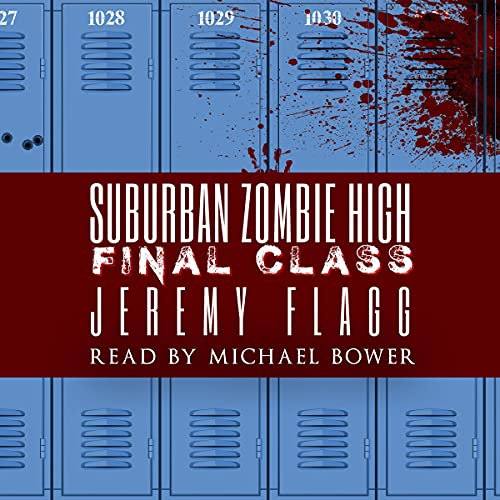 An anonymous hacker declares Boxford High ground zero for the next outbreak. When the school holds a corporate-sponsored fundraiser, the infection begins. Again.

Infiltrating the new state-of-the-art school as teachers, the survivors find the world of education is just as dangerous as flesh-eating zombies. As they uncover clues to the origin of the outbreak, they fear zombies aren't the worst of what stalks the halls.

Now, the original class must ally themselves a new generation of zombie-savvy students. In this final showdown, can they survive a school overrun with undead, or will an evil corporation unleash the zombie apocalypse on the world?

pretty much loved it. i thought at first when reading the first 2 that it wouldnt be a great read cause they killed off some good characters but the author really pulled it off definitely enjoyed it especially since there is not a lot of good zombie books out there to read either they are so boring it was a waste of a credit or they just didnt give enough excitement in the book to keep me reading it. this book and mark tufo and a couple of others are the only ones i read and to see a series end definitely sucks but i do like the hint at the end and hopefully the author goes and makes that hint a reality. would live to see these characters again do more in the future.