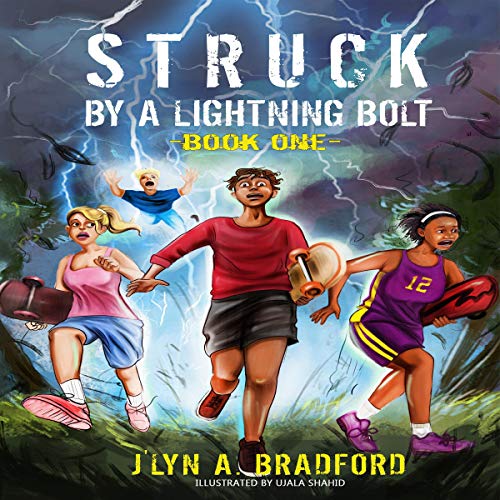 Struck by a Lightning Bolt

Jay is an ordinary 15-year-old girl from Bush, California. She and her two best friends like to play basketball but can never make even teams. Their prayers for a fourth member seem to be answered when Bryan moves to town. They become fast friends both on and off the court. But just as quickly as he shows up, Bryan vanishes when the kids get caught in a freakish storm and he's struck by lightning.

Jay, Lucas, and Aniyah must come together to uncover Bryan's mysterious disappearance: Did he run away? Was he imbued with powers? Or did the unthinkable happen? The trio push death out of their minds and forge ahead, but will they be able to unravel the secret behind the strange lighting?

Order your copy today and embark on this electric adventure!