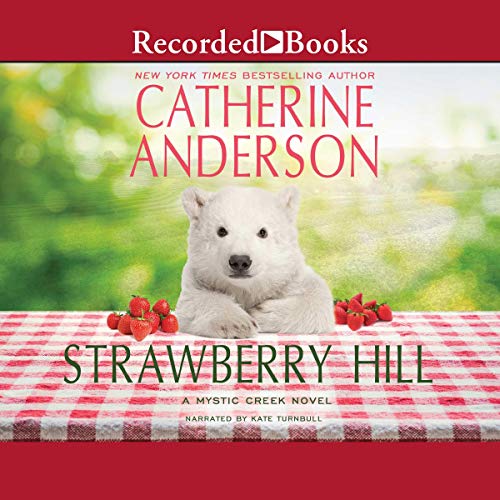 The New York Times best-selling author of Spring Forward returns to Mystic Creek, Oregon, where an unlikely pair learns to open themselves up to love.

Newcomer to the sheriff's department Erin De Laney knows next to nothing about wilderness patrols, but she's also never been one to back down from a challenge. So when a rude and stubborn cowboy takes her by surprise on her first day patrolling the mountain trails as a part-time ranger, she lets him have it.

Wyatt Fitzgerald doesn't consider his deafness a disability, and he doesn't want special consideration from anyone - least of all a spoiled city girl like Erin. He prides himself on his ability to read lips, and when she confronts him, Wyatt sees no reason to volunteer to her that he's deaf. But there's no escaping each other in the small Oregon town, especially once Erin seeks him out to make amends.

Wyatt gave up on dating long ago, but the written correspondence he and Erin begin to share speak to him like nothing else ever has. Out of their tentative truce blossoms a chance for a once-in-a-lifetime love if he's willing to give her his heart and make her his.

This book t share a little about Erin and Wyatt. , but the true love story her is about Vickie and Slade. The decryption of this book is misleading. It is a wonderful book but the man characters are not Erin, and Wyatt

I have never reviewed a title before, but this one definitely warrants a comment. The performance is the worst I have come across in the entire time I have been listening to Audible Books. The narrator lacks emotion and the reading is very clipped and monotonous. The story gets lost in the poor narration. I'll try reading the book before I give it my story review.

The story may have been better if the author did not drag it out. Some explanations of things or back stories were very long & just not worth the explanation. I skipped the first 2 chapters to get to a good spot that actually made sense.
The narrator is HORRIBLE! No real voice changes between male & female.
I do not recommend using a credit or paying for this book.

Lies from the Past~ Good story~ holds the interest

Two stories blend ~
Vickie gets hired on as a camp cook on the Wilder Ranch. Her past with Boss Sloan Wilder over 40 years ago brings back anger and hurt over a lie that broke them apart. Now Vickie has the chance to make it right.
Wyatt the handsome foreman of the Wilder Ranch has a bad start with Deputy Erin. She finds out he is hearing impaired and has to apologize for the ticket she issued him based on her bad first impression. Erin is the niece of Sloan this gives way for one very entertaining story. Add a Pet Bear who has an addiction; to Ketsup and we are hooked. Catherine Anderson is one of the best at making interesting characters have depth and come to life. Kate Turnbull is excellent as she reads this story. I give it overall 4 stars~

In line with other CA books

The biggest problem is in the description of the book. It is almost as if one book was started and then a detour occurred which tended to be a bit confusing.

Easy listening with some thought provoking consciousness raising to some human issues and decisions and laws governing animals.

good story, not my favorite Catherine anderson book buy still worth a read........... love how intertwined all Catherine"s novels are, series are my favorite style to read.

I'm glad that I didn't let the negative reviews influence me when I started this series. It reminds me so much of the Virgin River series but is different in it's own way. Kate Turnbull should probably practice her male and female voices so there is a distinctive difference. That's the only criticism I have to offer. I don't agree with all the negative comments but everyone has a right to their opinion. Just be sure you don't allow negative reviews to sway your opinion without trying the book first. You can always return it if YOUR view is negative.

A story hope and everlasting love.

This book like all of Anderson’s book kept me interested the whole time! At 64 years old it was great to hear a love story about a couple my own age. It made me think back to when my husband and I first fell in love! Good feelings!!

I love this series!!! It’s so refreshing to hear happy stories! On to the next book.

Disappointed on this one

I normally love the books by Catherine Anderson, but this one disappointed me. The love story missed an emotional connection, I was more concerned with secondary characters. I did appreciate the story of the bear, a happy side note.

I do think a better narrator could have helped, this one was almost irritating enough to stop early on...