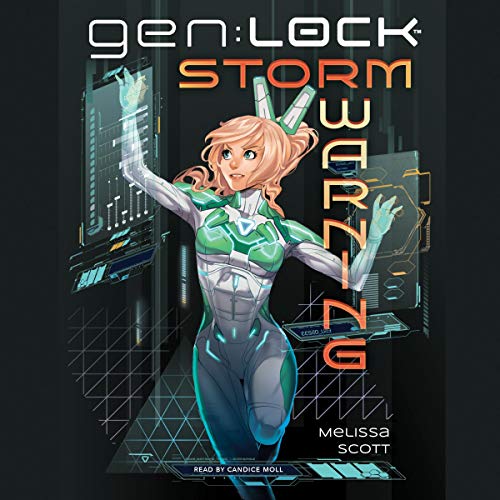 The last few months have been a whirlwind for Cammie MacCloud. Ever since she agreed to join the gen:LOCK program to help fight the Union, an authoritarian force threatening the world, she's been struggling to find her place in the group. As a 17-year-old genius hacker, she doesn't really fit in among the other four recruits: She can't shoot, she isn't the most graceful in the field, and her brash style doesn't exactly jibe with Command.

But Cammie notices things the others don't, and she has the skills to investigate when something feels off...like their latest mission, which finds them stranded at the center of a deadly storm with a Union spy in their midst.

Thrilling story & great character developments for the whole team, Cammie in particular.
The narrator does pretty well with feminine voices and accents but struggles with masculine voices that don't sound like whispers.

the Scholastic publishing kind of waters down with could have been but, overall it is a fantastic story about Cammie and some of her inner demons.