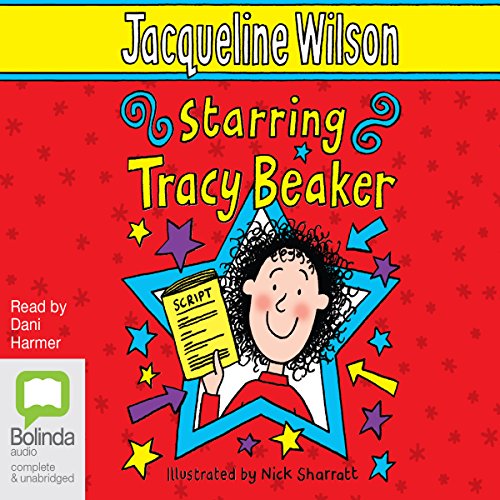 Here is the third novel in the phenomenally successful Tracy Beaker series, read by Dani Harmer, star of the acclaimed TV series.

Tracy Beaker is back...and she's just desperate for a role in her school play. They're performing A Christmas Carol, and for one extremely worrying moment, the irrepressible Tracy thinks she might not even get to play one of the unnamed street urchins. But then she is cast in the main role. Can she manage to act grumpy, difficult and sulky enough to play Ebeneezer Scrooge?

Well, she does have a bit of help on that front from Justine Pain-In-The-Bum Littlewood.

As Tracy prepares for her big moment, Cam is the one helping her learn her lines. But all Tracy really wants to know is if her film-star mum will make it back from Hollywood in time to watch her in her starring role.

"She should be prescribed for all cases of reading reluctance." ( Independent on Sunday)
"Has a rare gift for writing lightly and amusingly about emotional issues." ( Bookseller)