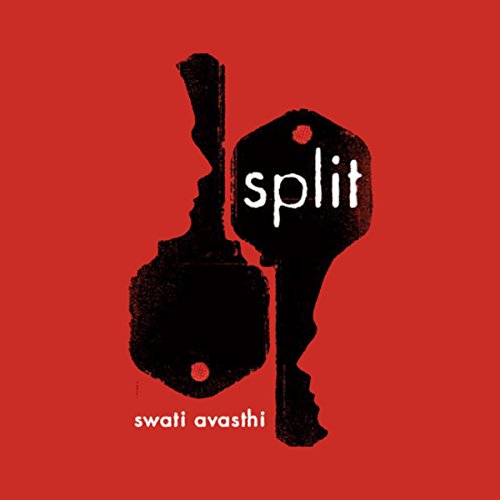 Sixteen-year-old Jace Witherspoon arrives at the doorstep of his estranged brother Christian with a re-landscaped face (courtesy of his father's fist), $3.84, and a secret.

He tries to move on, going for new friends, a new school, and a new job, but all his changes can't make him forget what he left behind his mother, who is still trapped with his dad, and his ex-girlfriend, who is keeping his secret.

At least so far.

Worst of all, Jace realizes that if he really wants to move forward, he may first have to do what scares him most: He may have to go back.

First-time novelist Swati Avasthi has created a riveting and remarkably nuanced portrait of what happens after. After you've said enough, after you've run, after you've made the split how do you begin to live again? Readers won't be able to put this intense page-turner down.

5 stars are not even remotely enough!!

5 stars are not even remotely enough to this masterpiece. It deserved at least a thousand stars. It's real, it's well written, it's nasty, it's challenging, it's moving, it's beautiful, it's ugly. Just like real life.

There's no attempt to sugarcoat the horrific reality of abuse, and, more important, it shows what happens to the abused. I know it because I've been there. It's just like that; you're never far enough. You have to decide, to learn, each day, how to not repeat the pattern, how not to become the abuser, how not try to justify your actions based on the abuse you suffered. And, most important of all, you will fail. Sometimes, at least, you will see yourself through other people's eyes, and you'll see you're scaring them. You'll just want to die a little realizing you're behaving just like your abuser. You'll be a bastard sometimes, or, if you're lucky and strong enough, maybe just once. But the doubt is a shadow always walking by your side.

At some level, it's actually good, because it will make you so self aware, so wanting to be good, that you'll try harder. And eventually you'll learn, and find your own way to control the beast, to be calm, to be 'normal'. And, perhaps, to see that you are not him/her. You can be different, you can live a different life.

At each minute of this incredible book, I was seeing myself, my past, the person I've become. It was like therapy, good, exhilarating therapy. And the audiobook is amazingly narrated. I absolutely LOVED this story. It's in my top 5 of all times, and certainly will be listened too again, at least parts of it, from time to time. I guess I'll need it.

Thank you so much, Ms. Avasthi. I'll be looking forward to read your next book.

Loved this book. Well written and you fall in love with the characters and feel their pain. I will read it again for sure.