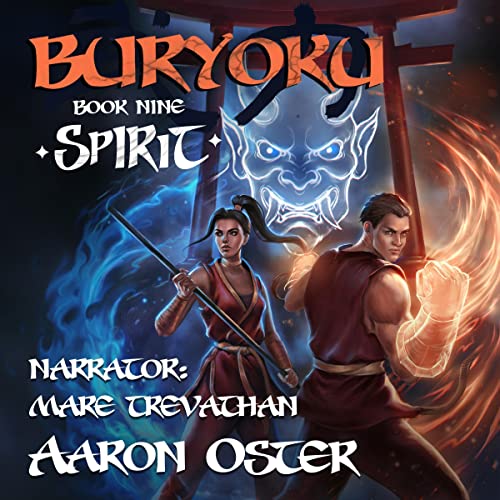 The seals which have long contained the majority of Buryoku's power, have been shattered, freeing the race of Demons along with them....

With a third Ancient Cavern Beast on the rise, Roy, as the Herald Clan's youngest Sage, is tasked with preventing the rise of a fourth.

Isolated from the rest of his Clan, Roy must lead a mission to the Glacial Bands, traveling through a changed Buryoku in hopes of beating both the Demons, and Beast Factions, in locating the ancient monster.

Although he has advanced to the ranks of the Sages, Roy is not invincible. It will take all he has and more, in order to succeed, and with so much on the line, the humans can no longer afford to lose.

As soon as he is confronted with any romantic notions he retreats and uses dumb ass excuses to sidestep anything.

I’m so tired with this. Either choose one, get a harem or stop it entirely. Roy needs to grow up emotionally. Both in regards with them and the relationship with his father.

Leroy is really becoming the monster that he has been emphasized to be. Doing things that shouldn't been done, going against the norm of power. Even though the book isn't as long as the others it still gives great imagination fuel. Not making the remaining books longer due to reviews i think will be a great idea so they aren't saturated with unrelated side thought.

Fantastic, if you like lots of action and super neat powers.

I really enjoy this series. I am always on the edge of my seat waiting for the next one. The only problem that I have is that the main character handles his emotions like a child. Not all the time which is honestly a relief. It seems like the author will just randomly make the main character go off the rails at the smallest things. Really just this book in particular now that I stop and think about it. Seemed like the author just wanted to find a way to make this situation that they’re in as stressful as possible. I hope that this situation is resolved in the next book. Having strife within the inner circle is only interesting up until it becomes irritating and annoying. (Sorry just finished the book so my emotions are all of the place right now) Rant aside this series has such a cool cultivation system and is one of my top 5 of all time. The story moves along never dragging but able to keep you in suspense until the conclusion. Satisfied but with more questions than answers. The fight scenes are impeccable, always unique and very entertaining. Even better now that Roy has finally started to show some of his potential. In conclusion BUY THIS BOOK you will not regret it. To the followers of this series I shouldn’t have to tell you how great it is. To the new readers what are you even looking at this review for go buy book one and start the inevitable binge read that is this series.

I have a job that allows me to listen to audiobooks All day while I work so I go through books fast. So please keep them coming, love all your books

Make it happen for the super friends!

We love this series!

im addicted to this series i can't wait for the next one. keep them coming

I love this series but the ninth book seemed a bit rushed and short. I hope the next one will be longer.

I love this series, it started slow, but it rocks now! I can't get enough!

There is almost no story here, just one long fighting scene. The previous book was so much better. You can Even skip this one and not notice it is missing in the series.
Do better Aaron