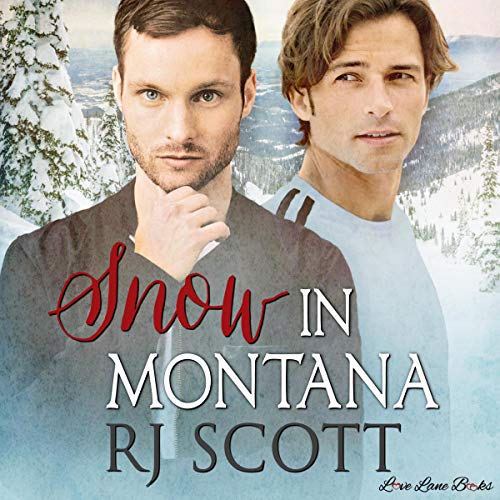 An actor in the closet, a sheriff in love, and memories that won’t stay hidden

Jordan Darby is known as the king of Christmas. Filming at Crooked Tree Ranch in Montana in the ice and snow, Jordan, the star of eight made-for-TV Christmas movies and the leading man who always gets his girl, is fighting to make a go of his new company and dealing with fears of exposure over one huge secret. After all, who the hell would buy into him being a straight romantic lead if rumors about him being gay were proven to be true?

Sheriff Ryan Carter is advising on the new movie being made at Crooked Tree. He hoped this would be one day of work and nothing more. Until, that is, he meets the hero. But while Jordan is sexy, he’s also very much stuck in the closet - everything that Ryan doesn’t need in his life. And when lust becomes part of the equation, Ryan’s quiet life is thrown into turmoil.

Their story unfolds against the chaos that overtakes the ranch, with Adam regaining memories that terrify him and make him look at Justin differently, and Justin leaving the ranch to make things right. Only through trusting in love and friendship can Justin and Adam learn to look to the future instead of letting the past destroy everything. But will they ever see clearly enough to do that?

ok to end the series

even for a gay story I thought there was far too much emotion and tossing the love word around a lot.
on a different side I really would to see the cover reflect the characters better. Ryan is supposed to be 6'-5" and a bear. the cover model did not show this. just a thought for future books and not a comment on the story.

It was a while ago since I read the first three books in the series, and I freely admit to not remembering them much. There has been too many books, stories and characters in between the keep them all in my head. Because of that I felt very confused in the beginning with lots and lots of people showing up at once, and many without a brief explanation or reminder of who they were. There was also a lot of the story building on the previous books, which is why I would say it doesn't really stand on its own, it's more of a continuation of a larger story where Snow in Montana just introduces a new couple.

B-movie actor Jordan Darby, known for making sweet Christmas romance movies (straight ones) arrives at Crooked Tree Ranch to film his latest movie. He’s hoping that this will be the movie that will make his company take off. What he doesn’t need is bad publicity or rock the boat in any way. So when the attraction between him and sheriff Ryan Carter flairs up he hopes he can keep them a secret. A secret Ryan isn’t so happy about, but willing to go along with for now.

I’m not a fan of too much head hopping. Between the main characters sure, but that’s it. Sadly (in my opinion) we also follow the characters from the previous books. Where past events comes back to haunt them, destroying the peace they’ve built. I’m not a fan of this, it makes the story too jumbled too put out of focus and makes me disconnect from it and the characters. Add to that the feeling that drama was added for dramas sake and I was not a happy girl.

I normally like Sean Crisden’s narrations. There’s no doubt that he is very talented at what he does. Unfortunately I never warmed to this book in any way, not even the narration. It felt uninspired, there was no feeling to it. And I don’t mean that Crisden was just narrating the book, because those can be good as well, not my preference, but still able to draw you in. This book, this time Crisden sounded bored. Sure, he might have given the impression that he was performing, adding feelings – but to me it really sounded false. There was no genuine feeling to it, only uninterested and boredom. Sadly that was the main feeling I had while listening to this story.

If you recently read the first books, or intend to go back and start from the beginning, this might be a book you’d enjoy. Sadly I can’t say the same for me and I think I might just bow out of this series going forward.

I wish I would have stopped at 3

I sincerely enjoyed the first 3 books, so I had thought that this one would be of the same quality. What a disappointment. It’s as syrupy and saccharine and unsatisfying as the made for tv Xmas movie storyline that the plot revolves around. Such a shame. Stop after book 3, and save your cash

I bought this book for research more than anything else (about making movies, ahem). The story and the characters and the narrator completely sucked me in. Highly recommended! And.... this is not a stand-alone book. However, the parts that are about the series-level story are all in their own chapters. I ended up skipping those because I was a little lost. That took NOTHING away from the story, however. And it's sending me to Book 1!

i love this series

Once again another spot on reading by Sean Crisden bringing to life RJ Scott's Snow in Montana. His voice and her words are a match made in heaven, or in this case Montana😉. As much as I loved reading(and re-reading) Snow, listening to Jordan and Ryan come alive added a whole new level of awesome-ness to the story. Definitely a win-win on all fronts