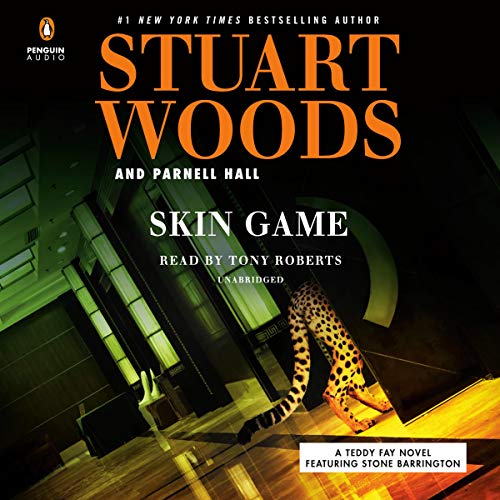 When Teddy Fay receives a freelance assignment from a gentleman he can't refuse, he jets off to Paris on the hunt for a treasonous criminal. But as Teddy unearths more information that just doesn't seem to connect, his straightforward mission becomes far bigger - and stranger - than he could imagine.

The trail of bread crumbs leads to secrets hidden within secrets, evildoers trading in money and power, and a global threat on an unprecedented scale. Under the beautiful veneer of the City of Lights, true villainy lurks in the shadows...and Teddy Fay alone can prevent the impending disaster.

"The pure voyeuristic joy of this series lies in Fay's remarkable skills and the abundance of gadgets and resources at his fingertips.... A galloping good read." (Booklist)

“The ingenious ways in which Teddy outwits his adversaries is a large part of this entry’s appeal. Series fans will hope he has a long career.” (Publishers Weekly)

I’m so glad Audible has a refund policy , cuz this book was a complete waste of time !! And that’s saying something , I’ve been a Stone Barrington for since book #1 . This one just plain sucked ! I kept waiting for it to get better , but after 63 chapters I finally gave up .... first time ever for that !!

Better than some of his recent books

Stuart Woods books have been getting a little hokey and annoying and I am a big fan, but I was about to give up on him. This book gave me a little renewed faith. It had a little of the old spunk and fun. It had more imagination and less sex and stupidity. It was not perfect, but a step in the right direction.

Stuart Woods tells another wonderous tail of intrigue and mystery!
Thank you most appreciatively,
Anonymous

A little bothersome with animals involved in a scary fashion. Teddy is super, as usual.

Best spy character better than James Bond. He's a master of disguise and always keeps me on the edge of my seat. can't wait for the next book.

SW has seemed in a slump for me. I found this TF saga very delightful and could not put it down.

Tony is a master narrator. I would listen to any book that he narrates. He does such a great job with the various voices.

Normally I listen for hours, not this time. I had trouble following the storyline because the narrator was not convincing enough. The mole was apparent from the onset and the story didn't quite reach the excitement level I was expecting.

I enjoyed this book from beginning to end. It’s wonderful to see Faye use all the skills that he learned from the CIA to defeat the bad guys and at the same time have Lance Cabbott owe him a favor. Stuart Woods is on top of his game with this book. I cannot wait until book number four comes out! This is the book I am definitely going to listen to again as soon as I finish some other books. For Stewart Woods Lovers this is a must read.

Good plot, well written and kept my attention. The narrator was excellent. Anyone who likes a good story will love this book.