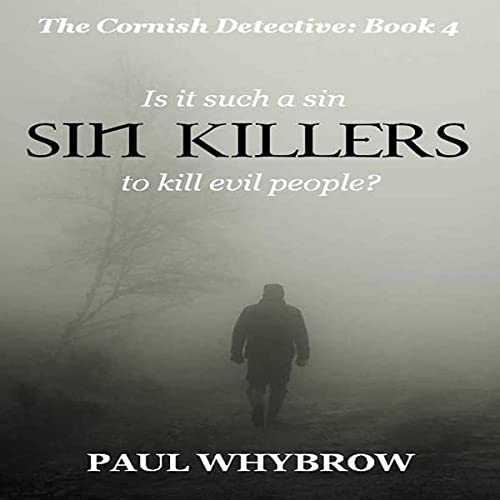 Who is acting as judge, jury, and executioner? Someone is running a campaign of retribution against people with lax morals. Kidnapping, arson, and blackmail are bad enough, but then the head of a convicted paedophile is found wedged onto a road signpost at a location where ancient public executions took place.

Various local businessmen and politicians have been blackmailed with incriminating evidence, fined £20,000 to encourage them to improve their behaviour. Sophisticated techniques have been used to surveil the victims and to attack them, including poisons, guns, and explosives, implying that the perpetrators have military or Secret Service training.

The suspect in a series of violent raids on small businesses also appears to be ex-army. The efficient attacks speak of reconnaissance beforehand, and the lone raider strikes swiftly, incapacitating their target, before fleeing on a motorcycle with the loot. Where is the raider living?

The death of the child abuser escalates the investigation. Neil has mixed feelings about the death of a paedophile, but murderers need to be caught. What is motivating the Sin Killers — financial gain or retribution?

One of their victims owns a chain of massage parlours. Seemingly unfazed by the pressure, his young son was kidnapped then abandoned, and he vows revenge. His henchman, Cleaver, is a veteran of London gang wars in the 1960s, his heavily scarred face proof of his own capacity for violence with blades.

Interference from a controversial government minister appears to confirm who the suspects are, while muddying the waters. Devon and Cornwall Police are being used to clean up mistakes made by the secret service. Noah and Nina Shrike are ex-MI5 agents gone rogue and likely to turn terrorist, as they punish the sins of their former masters.

As Detective Chief Inspector Neil Kettle hones in on his suspects, he becomes a target for their retribution, overpowered by an exotic poison. Cleaver is on the prowl, his knives ready to slice and dice.