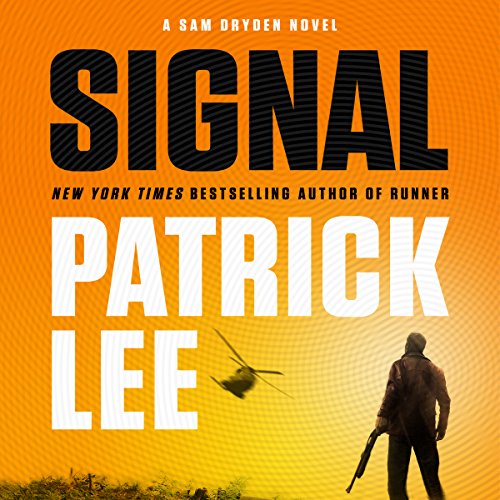 Sam Dryden lives quietly in a small coastal town in Southern California, buying and fixing up old houses. It's good physical work that he's come to love. But his peaceful life is shattered when he gets a phone call from an old friend in trouble. A phone call that pulls Dryden into the middle of a situation that's as violent as it is baffling.

For FBI agent Marnie Calvert, it all begins at a secluded trailer in the Mojave Desert - the scene of a horrifying crime but also of an impossible and mysterious act of heroism. At least it should have been impossible. Determined to learn the truth, what Calvert discovers leads her to Sam Dryden - an ex-Special Forces operative whose ordinary life has suddenly become anything but.

Through their actions, Dryden and Calvert have unknowingly placed themselves in the crosshairs of a frightening and dangerous enemy, the result of a generations-long conspiracy finally coming to fruition. What these people have is a technology that allows them to affect events before they even happen. How they are planning to use it, however, will result in the death of millions. To defeat them, Dryden will need to do more than think fast - he'll need to think around corners and face down an enemy that can seize on his mistakes before he even makes them.

Following the national best seller Runner, Sam Dryden, Patrick Lee's most indelible creation, returns in one of the most compelling, breathless thrillers yet - -Signal.

my first gripe is the bad science and misunderstanding of a redacted neutrino discovery used to describe how something works. I would have preferred the it just works but nobody knows how approach.
I was entertained and like Patrick Lee. this is just my least favorite of the past five books.
the narrator was excellent.

I don't think Patrick Lee will ever top Runner, which is still the most action packed book I have heard in the last few years and the only one i've ever listened to from beginning to end without stopping. Signal is a good book though and worthy of a listen. It keeps your interest. Like the first book, it has that supernatural or scifi element mixed with the action spy/assassin thriller which i can't get enough of...

This author has a great imagination. I discovered him, and binged on all his books. Now I'm waiting for another. Sam Dryden compares favorably to Jack Reacher, who I LOVE. SciFi aspects are always a plus. Unlike other reviewers, I didn't think the ending was obvious. Maybe in general, but not the specifics, which I found interesting and unexpected.

Not as good as the previous Dryden book...

Sigh..I had high hopes for this and had it on my wish list forever, but this was a little boring and predictable to me. This was too much like a time travel book to me and I admit that is not my favorite type of novel. It was entertaining, but that was all.

Not Quite The Twilight Zone

This book started out and I thought this will be interesting. The concept is interesting, the characters are good, but a little over half way through I felt like the writer got in a hurry to end the book for some reason.
There are so many directions this book could have gone, but in the end I was left with nothing but disappointment

the weekday of all his books

Interesting story but never elevates the suspense to the level of his other books. It also doesn’t help that the first book of the series is so strong that you hope this book picks up on it and you are half way done with the story realizing that unlike the Breach trilogy these are stand alone stories.

Ari Fliakos is a great narrator who made the story even more exciting.

Sam is at it again!

Another Sam Dryden adventure. If you liked the first one, then this is definitely worth a listen.

Not as good as Runner, but still a good book. Lee keeps your interest by providing well thought out characters and situations. His Sam Dryden character is great. He had the start of a great series with Runner, but the time travel concept while unique in a lot of ways, falls a little flat here. Still, it’s worth your time if you like Patrick Lee.

Although the premise is absurd, it provides a vehicle for some good storytelling that has enough twists and turns to remain interesting for the length of the book.The narrator is good enough, the characters goo and smart enough without being too good or requiring constant props from the narrator. I'll read another.