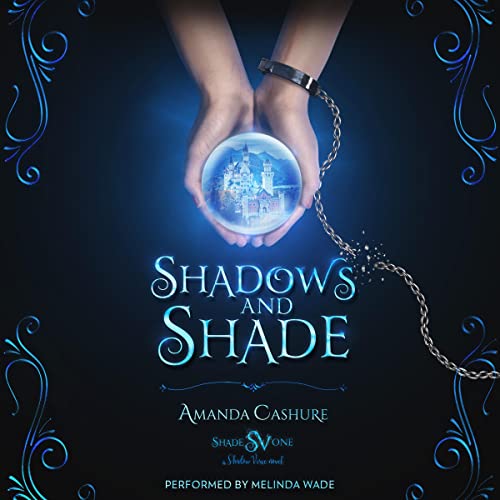 When the Elorsin brothers venture onto our estate in search of a mysterious bird, just in time to catch me on the wrong end of my master’s temper, they somehow also acquire me.

Acquire, kidnap, rescue - is there a difference?

Sure, four of the scariest immortals in existence may actually have saved my life, but blending in as a servant in the Elite training castle that I now call home is almost impossible with these four powerful, dark, and broken men focusing their attention on me - and it’s not always good attention.

Not helped when the trickster among them suggests playing a potion-prank on the psychopath currently in line for the throne. He shouldn’t be in line for the throne. Pax, a.k.a. Scary Kidnapper Number One, should be. But whatever or whoever tore this distant world apart, they did so with enough ferocity to leave Pax in a permanent foul mood - and the others aren’t much better.

Either my kidnappers, I mean rescuers, leave me alone - which will mean leaving me to be discovered by a king who has a nasty habit of sucking the life from his servants.

Or they claim me for themselves and protect me from an unstoppable prophecy, a secret slowly decaying the Veil - and each other.

If you’re ever in my shoes, I recommend revenge involving food and the boots of a certain growling alpha male, followed by kicking the nearest dethroned immortal prince in the balls.

This is a slow-burn fantasy series where Shade will develop her relationships with all of the Elorsins. Books one to three also available as a boxset, with reimagined and forbidden bonus scenes. There are trigger warnings in each book. Book one is single POV, two and three have dual POVs, and five and six have multi-POVs.

Tips for surviving your paranormal kidnapping (I mean rescue) inside.

The narrator ruined it for me...

I loved the book series so of course, I purchased the audio version. I tend to listen to books I've already read while I'm doing dishes or cleaning so I'm not particularly picky usually...

However, the narrator sounds about 45 years old. The character is supposed to be young like 18-20 (I don't remember exactly.) so yes, that completely ruined the story for me!

The author uses the word "chuckin" instead of another curse word and when reading I thought it was cute. Yet, this narrator managed to pronounce EVERY syllable and it just sounds like a professor reading a boring old college textbook... It doesn't sound like one of my favorite RH series, it sounded monotone and boring.

I did ramp it up to 1.5 speed to help it along, that helped a minuscule amount. Eventually I was so bored I vamped it up to 1.8 essentially I HIGHLY recommend listening to the sample. Maybe it won't bother you quite as much as it did me... Unfortunately? Now when I read the books I'll be envisioning this middle aged narrator rather than the voice of a younger woman... It's just bizarre.

I really loved reading the books and I have been waiting for the audio books. I love the world she built and I love the characters. Yes shade is a little immature but she has led a very sheltered and harsh life and finds the fun of it where she can. You don't get to see quite as much character growth from her in the first book but all the characters do have growth throughout the story as a whole. I could not stop once I started this book. Now for a slight negative, the narrator, while she is not the best I have heard she is for sure not the worst, but, she did miss pronounce sigil and it really bugged me because they say it a lot in a part of the book. I do listen to all of my books sped up generally between 1.5x and 1.8x and I find that it helps me with a lot of my narrator issues. She does have a more mature voice but honestly that did not bother me and she did a pretty decent job of differentiating between all the different charaters. My advice is listen to the sample, know you can speed it up if needed and give it a shot be use this story is so worth it

This book seems very immature. There’s absolutely no intellect and the imagination is Limited. It goes nowhere fast.

I read the book first and decided I needed the audio I can't wait for others.in series to come out on audio