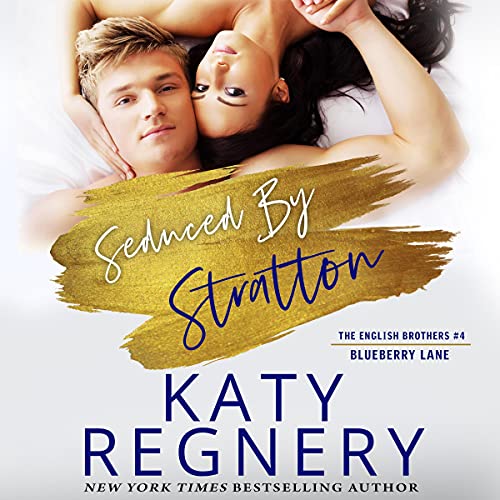 Seduced by Stratton is the fourth of six books about the Philadelphia-based, wildly-handsome English brothers who are all on the lookout for love.

(Except for Barrett, Fitz and Alex, because they're taken. And Weston, who is still riding the ugly-love roller coaster with one of the Atwell sisters.)

Stratton English, the hottest, youngest, most devastatingly handsome CFO in Philadelphia, has a problem: women make him nervous. Really nervous. Catastrophically nervous. Socially awkward to an extreme, he's apt to blurt out the first thing that comes to mind, and it's rarely something a woman wants to hear. Quietly in love with his neighbor, Amy, he has no idea how to make his move, but he is committed to figuring out a way to seduce her.

Valeria Campanile, who Stratton knows through one of his four brothers, is a PhD candidate who moonlights as a dance instructor on the side. Ironically, even though Val studies courtship rituals, she can't seem to find herself courted. Pursued by boys from the "old neighborhood" who promise to overlook the fact that she's so smart, she longs to meet someone who romances her mind as well as her heart.

When Stratton helps Valeria with a financial problem, she is anxious to return the favor. But will Stratton, who needs Val's expertise to win Amy, find himself seducing Val instead?

I like Stratton & Val. They are unique individuals. More importantly, they are unique together. I enjoyed how when Stratton made a big mess of things, he didn't make excuses. He remembered what Val had said and took his cue from her. He listened to her.

Another winner by Katy Regnery! I love Stratton, he is warm, passionate and has a huge streak of protectiveness. His clumsiness with words makes him endearing, thought I think it would make me as crazy as it made Val! Stratton, the 4th brother in the English brother series, thinks he is in love with Amy, his neighbor. They move in on the same day, and to his surprise she is dating someone Stratton knows well and does not trust. He makes it his mission to steal Amy away and protect her from being hurt. In walks Val. Val captures his eye with her beauty, her openness and and brilliance. They click immediately, but Stratton's sense of responsibility keeps him stumbling. Between opening his mouth and spouting out things to hurt Val and trying to repress his feelings, he almost loses the love of his life. This book was fun and lovable and I think Stratton is my new favorite English brother.

Deborah Green performs this audiobook to perfection. Her voice is warm and sultry, is easily distinguishable between characters and keeps you wanting to leave those earbuds in!