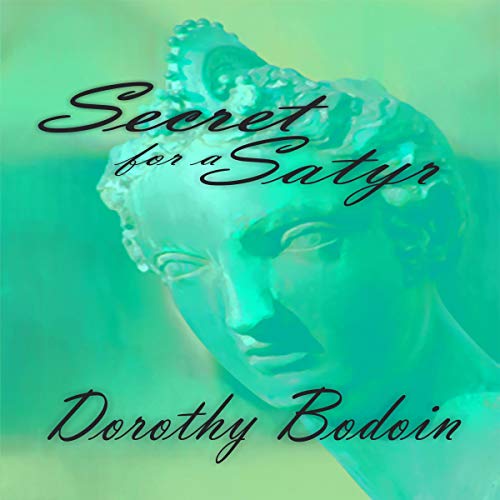 Secret for a Satyr

When Cressa Hannett is cut from the team on a space project in Texas, she comes home to Maple Creek, Michigan, determined to start all over again. Her new home on Victorian Row looks just like the house she grew up in years ago and Cressa feels ready to regroup and find a new career in this seemingly idyllic place. Then, her neighbor is found dead in her backyard fountain, drowned, and suddenly, what was once appealing becomes sinister to Cressa's eyes.

It was no accident, and the neighborhood is full of wild tales. The fountain’s statue of a satyr, reputedly haunted, becomes the main suspect in the death of the elderly piano teacher, but Cressa saw a cloaked figure slinking through Libby Dorset's garden before the eccentric little woman was found dead. Cressa wonders if the figure noticed her observation.

Cressa finds herself pulled into the mystery of Libby's death with the discovery of an old scrapbook in her new home's basement. The scrapbook owner Minta Bransford mysteriously disappeared over 30 years ago. Did the women have anything in common?

When strange things begin to happen at the Dorset house across the street, Cressa wonders if Libby's favorite music that lingers in the air and the mysterious girl in the old green dress who haunts her garden are guiding her to find the truth.

Cressa is fearless but realizes that she may not be able to save herself from following Libby to the grave.