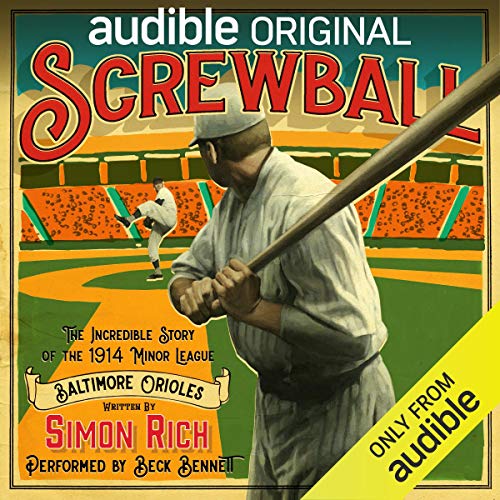 Before he was “Babe” or “The Sultan of Swat” or “The Great Bambino”, George Herman Ruth was just another teenage misfit at St. Mary’s School for Boys. But Ruth has something the other boys don’t, and when Baltimore Orioles manager Jack Dunn watches him throw a baseball over a building, Ruth gets the chance to punch his ticket out of the orphanage. All he has to do now is make the team.

For help navigating life in the Minor Leagues, good-natured Ruth is paired with another rookie, one Jack Dunn, Jr., the coach’s son. Even though they’re the same age, Ruth looks up to his new pal and roommate. But despite his encyclopedic knowledge of the game and austere work ethic, “Junior” (as his teammates mockingly refer to him) can’t field a ground ball to save his life. When Babe makes the roster and Junior doesn’t, their budding friendship feels the strain.

As Babe’s otherworldly on-field abilities and cringe-worthy off-field antics take center stage, jealous Junior resolves to sabotage the naïve and unsuspecting Babe. It’s a choice that could prove catastrophic for not only the young phenom, but also Junior, his father and the entire sport of baseball. Told from the Babe’s point of view, the hilarious and heart-felt Screwball is a classic story of friendship, envy and a legend-in-the-making.

I didn’t get too far into this story. It was just too juvenile. It feels like this was written with 15 year old boys in mind.

I could barely stand the authors portrayal of Babe Ruth. An athlete does not accidentally make it to the major leagues and then go on to establish many MLB records, all the while oblivious to what’s happening. Babe Ruth is a Hall of Famer because of his hard work, dedication to sport, and unique athletic ability. Why dumb him down to a naive, unaware idiot? Sad. I’m not saying he was a perfect person, but he’s definitely not the buffoon he was made out to be.

Only redeeming grace for me in this audible listen was the narrator who did a good job with what he had.

Well that was horrible

Every once in a while a story will come along that will strike you as the worst thing you’ve heard a long time. If it’s been a while… this recording is for you! If you still remember the last worst book, put this on your wishlist to let you know how good the other stuff is you’ve been listening to.

Babe comes off sounding like a naive 12 year old. He has no clue about anything, and can’t understand the feelings of other people. He wanders through playing baseball as inept as a toddler.

The narration got 3-stars only because I believe the style is how the producers wanted it to sound, Moore’s the pity. The narrator seems so close to the microphone the story gets lost behind his voice. The narration is clear and easily understood, but with no depth, like a person reading their own school assignment aloud.

Screwball is screwed up. Find another baseball book. There’s no mustard on this one.

I love a good baseball story, especially about one of the greats. The performance is REALLY well done, but the sex scene caught me off guard. That was disappointing. Good thing it was free.

Great Story, not for kids

We listened as a family in the car and there were a few parts that I cringed knowing my kids were listening. Funny story though!! Great storytelling!

could anybody be this clueless?

I don't know much about baseball, but this Babe Ruth is just too flat. He has little self awareness, little intelligence and apparently no intuition. Really? it just doesn't ring true, or even plausible.

Why did I spend an Original credit for this?

I thought I was getting a light hearted, true baseball story. This was so ridiculous! I can’t believe someone actually charges for this!

SNL. OK, now I get it. This isn’t really anything but a caricature of Babe Ruth to make us laugh. Because, otherwise, to think this was supposed to actually be about the real life of Babe Ruth and early 20th century baseball is lost in the juvenile, inane, and lewd story line.

Short but sweet and very funny. Screwball brightened my morning on the way to work. I even sat in the car in the parking lot so I could finish it as it’s under 1 hour long. Listen to Screwball for Beck Bennett’s narration - I love him
on SNL. I got a little chocked up in the end! I hate when reviewers say this but...I just wished it was longer.

Waste of my monthly Original

If you were looking for a baseball story, an interesting historical fiction piece, or a couple of laughs, look elsewhere. How this got so many glowing reviews I'll never know.