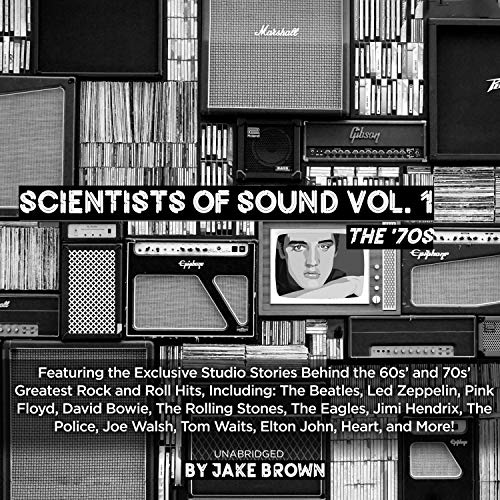 Scientists of Sound I

The recording studio has long been referred to as "the lab" in record-producer slang, and the Scientists of Sound for the first time takes rock and roll fans of every genre and generation on a first-of-its-kind behind-the-scenes tour of the record-making process, from analog to the digital era. Many of the most famous hits of all time are chronicled here, including "Start Me Up" by the Rolling Stones, "Every Breath You Take" by the Police, "Comfortably Numb" by Pink Floyd, "In the Air Tonight" by Phil Collins, "Don't Stop Believin'" by Journey, the Breakfast Club theme "Don't You Forget About Me" by Simple Minds, "Rock and Roll, Hoochie Koo" by Rick Derringer, "Sheena Is a Punk Rocker" and "I Wanna Be Sedated" by the Ramones, "The Heart of Rock & Roll" and "The Power of Love" by Huey Lewis and the News, "Black and White" by Michael Jackson, "Smells like Teen Spirit" by Nirvana, and on and on through hundreds more of rock and roll's most timeless hits!

Giving fans a front-row studio seat as they recount the stories behind the creation of these hits are 50 of the most legendary record producers of all time, including Daniel Lanois, Eddie Kramer, Jack Douglas, Bob Rock, Bob Ezrin, Dave Jerden, Mario Caldato, Jr., Tom Werman, Kevin Elson, Don Was, Al Jourgensen, Michael Beinhorn, Hugh Padgham, Mike Fraser, and many more.