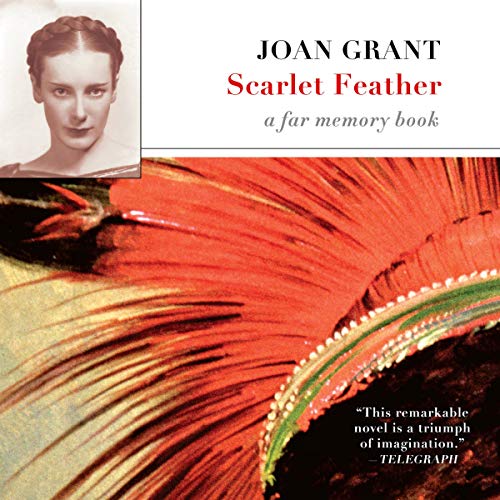 Follow the life of Piyanah, daughter of a clairvoyant Indian mother, in Scarlet Feather.

Piyanah demanded new freedom and an end to her tribe's sexual segregation and brutality. Trained and educated with the young braves, she develops strength and courage, and soon she will succeed the tribal chief that is if she can at last overcome a series of ordeals which prove her worthy of the Scarlet Feather.

This book in the author's Far Memory series brings to life the intriguing experiences of an extraordinary an early Native American.

As a child, Joan Grant astonishingly became aware of her uncanny "far memory," the ability to recall past incarnations who had lived in long-ago times and far-flung places. Her seven historical novels stand out for their vividness and rich detail. For Joan, these books were not works of the imagination but personal recollections of her previous lives.

The story itself was highly enjoyable, but didnt have the feeling of remembered truths the other books before this did.

There are also a couple of potentially spoilery content warnings I should mention:

Joan Grant was a brilliant storyteller. A worthy read. I was totally absorbed in the reading, not wanting it to end.