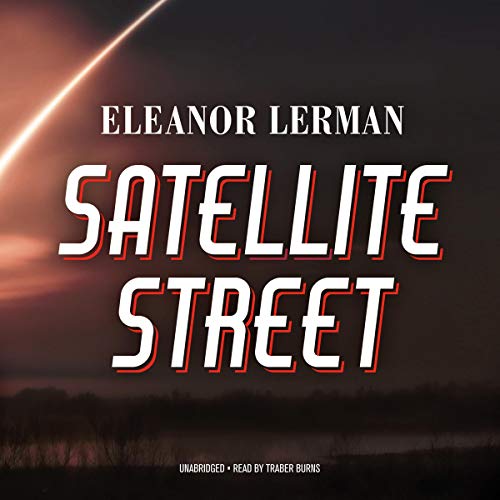 Satellite Street is woven through with the theme of transitions. Paul Marden is grappling with the way that a sudden, devastating illness and his slow recovery have made him reevaluate what "normal" is for a man in his 60s who grew up in a time of change that promised better days than the ones he is now living through.

Another character's transition involves both gender and spirit; Lelee was born male and wanted to transition to female, but the process has been hindered by heart issues. Lelee also believes that she can speak to the dead, although she is skeptical of her own experiences. At one point, she tells Paul that she thinks the dead are all liars or themselves deceived about who or what they are.

The rundown beach town both Paul and Lelee grew up in is itself in a transitional phase: Suddenly rediscovered by surfers and other millennials, it has become a magnet for hipsters and hence, almost unrecognizable to its old inhabitants. The coastal town where Paul and Lelee live now lies between a bridge to another upscale beach town and an area of canals and marshland and has been heavily damaged by Hurricane Sandy. Paul's rented house, on Satellite Street, is one of the few that survived the storm.

Set amongst the context of these thematic elements, the story revolves around Paul's relationship with these places and with Lelee as well as his father, an elderly nursing home patient. It is Paul's father who inadvertently involves him in a feud between the Great Oswaldo, a long-ago children's program host who has become a professional skeptic and Happy Howie, who speaks through Lelee, demanding that Paul settle an old score for him with Oswaldo. In the 1960s, when Howie was a famous radio personality in New York, Oswaldo outed him as gay. In that era, a disc jockey on a rock and roll station couldn't be a darling of teenage girls who lived their lives by the top 10 hit list on the radio and also be queer.

Lelee is astonished to be "contacted" by Howie and will have to reevaluate what she thinks of her own interactions that lead beyond the human horizon. Paul will have to incorporate all these experiences with the help of a fondness for an old movie about Godzilla, the atomic beast who, as a child, he felt sorry for. After all, Paul was an unhappy kid who understood what it meant to be so angry that you wanted to destroy the world. Now, in his diminished physical state, and presented with a seemingly petty request to settle a score from beyond the grave, he's going to have to figure out how to use a monster's strength to survive this life and whatever may lie beyond.