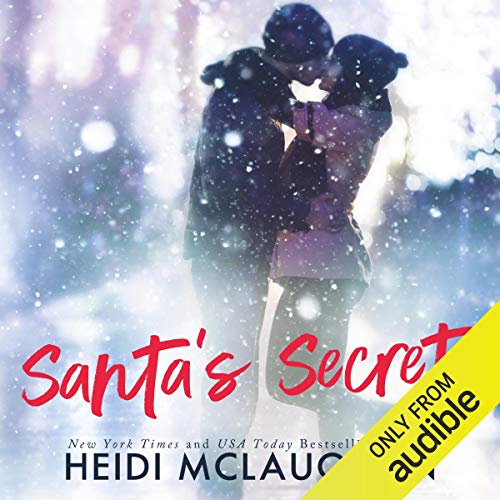 Brr baby, it's cold outside. It's time to deck the halls and ring those bells because Christmas is in the air.

Delaney Du Luca had typically fabulous Hollywood holiday plans that included the sun, sand, and the warm waters of Cancun until her B-list actor boyfriend publicly dumps her. Instead of staying home to sulk, she decides to head back to her quaint hometown in Vermont for some much-needed rest, relaxation, and of course, her favorite holiday cookies.

Aiden Fisher can't seem to catch a break. Still reeling from the loss of his wife, he's become the tail end of all the town's jokes when word spreads he's done the unthinkable; pulling over the town's sweetheart, never mind the fact she was speeding. With his one-time high school girlfriend, who's now a big-time actress, back in town, everyone's focused on her. Meanwhile, he's just trying to keep his fan-obsessed daughter in check and not get caught up in old memories.

With Santa's sleigh packed and ready to go, the only thing missing is the mistletoe.

I listened because of Jacob Morgan. This is definitely a hallmark tv romance kind of story. Cute and sappy but not the usual passionate romances I love from Zachary aka Jacob Morgan. I prefer Jacob as a playful and romantic bad boy ...I mean delicious man!!!!! Seriously, this is way tame and I gave the performance 4 stars because of Jacob because he is one of the best narrators. It's not bad but there is no naughty either. wink.wink..

But... not even a kiss between the couple; and I hate abrupt endings.

Not at all the raunchy kind of story that Jacob Morgan normally does. The main characters don’t even kiss until the last chapter of the book. If you’re looking for a rated G romance story, then this book is for you.

The movie star and the hometown cop

Movie star, Delaney Duluca, has been publicly dumped by her boyfriend days before their planned Christmas vacation, now she's back home in Ramona Falls, VT to lick her wounds and spend time with her family. Before I go further, I must say that this book was so refreshing...not the typical billionaire guy vs poor girl story; secondly, I liked that Delaney's family and friends are down to earth people. Of course, since she moved away 10 yrs ago and 'made it big', Delaney IS the town's sweetheart. Single dad, widower and beat cop, Aiden Fisher, is still trying to recover from the death of his wife...emotionally and financially. He is fiercely proud and refuses any help from family and friends, except babysitting. He becomes the bad guy when, to his utter surprise, he pulls over a speeding driver and realizes that it's Delaney...yep, THAT Delaney...daughter of the mayor, sister of his bff, town sweetheart...and his HS sweetheart. Now he's taking flak from everyone about that little incident...including his 7 yo daughter. Can anything come from these two broken souls finding solace in each other's company? Meanwhile Aiden's sister is determined to set him up with her bff...a single mom who recently moved to town...and whose daughter is friends with his. While I loved Aiden's daughter, and her camaraderie with Delaney, the chemistry between Aiden and Delaney was a bit lacking. I also wished the epilogue was a bit longer with a bit more insight into the HEA. That said, I still enjoyed the story.