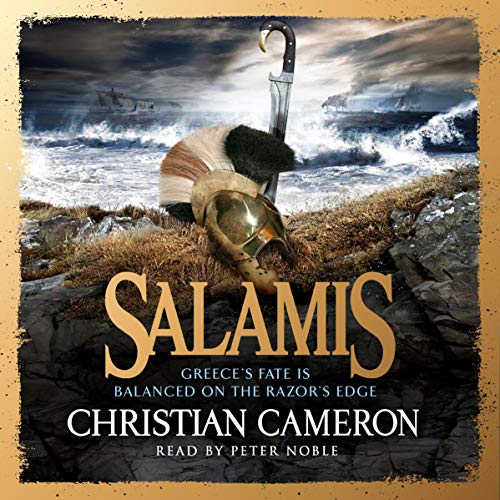 Arimnestos of Plataea has already lived through several lifetimes' worth of adventure, from being a rich man's slave in Ephesus to winning glory at the battle of Marathon against the might of the Persian Empire. But the gods - and the Persians - aren't finished with him yet.

As an experienced sea captain - his enemies might say pirate - he has a part to play in the final epic confrontation of the Long War between the Greeks and Persians, the Battle of Salamis. It is a battle where many debts of blood will be repaid, ancient grudges settled, fame won and treachery exposed, where the Greeks must finally bury their differences and fight as one - for against them Xerxes, the Great King, has assembled the greatest fleet the world has ever known, his sworn purpose to brutally extinguish the flame of freedom and make every Greek his slave.

I absolutely love this author and the series. I can't wait to start the next one

Cameron is a Master story teller

Not what's expected of a Greek story

I didn't like the story because it portrayed itself as a story about Greece but then it turned out to be a story less about Greece or the Greek world and more about love. In Greek stories you have a tragic ending of most of the heroes and their love such as the story about Troy, Oedipus and Jason and the Argonauts. This story was built around more of a fantasy where the hero always gets the girl, along with everything else. In the end that ruined it for me.