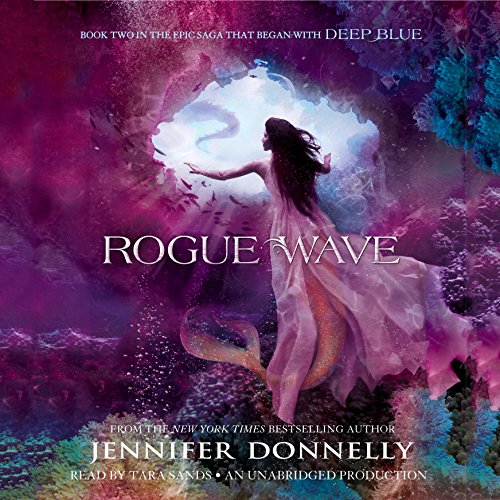 Serafina, Neela, Ling, Ava, Becca, and Astrid, six mermaids from realms scattered throughout the seas and freshwaters, were summoned by the leader of the river witches to learn an incredible truth: The mermaids are direct descendants of the Six Who Ruled - powerful mages who once governed the lost empire of Atlantis. The ancient evil that destroyed Atlantis is stirring again, and only the mermaids can defeat it. To do so, they need to find magical talismans that belonged to the Six.

Serafina believes her talisman was buried with an old shipwreck. While researching its location, she is almost discovered by a death rider patrol led by someone familiar... The pain of seeing him turned traitor is devastating.

Neela travels to Matali to warn her parents of the grave threat facing their world. But they find her story outlandish; a sign that she needs to be confined to her chamber for rest and recovery. She escapes and travels to Kandina, where her talisman is in the possession of fearsome razormouth dragons.

As they hunt for their talismans, both Serafina and Neela find reserves of courage and cunning they didn't know they possessed. They face down danger and death, only to endure a game-changing betrayal, as shocking as a rogue wave.

Loved the story, but was not fond of the narrator.

I felt that the narrator spent most of her time bouncing between a 7-11 accent, and threatening to suck my blood.

It's too dramatic sounding ! The accent is forced! It sounds like she's giving a preview for a movie or she's whimpering like a 40's actress. I mean, I just can't listen to it. I'm sorry.

when the five little mermaids head off to save the seas, they discover secrets loved ones. . . betrayal courage what will happen to these little merls next?

A great book and great reader so good, I keep on reading it over and over again so good.

A much better narrator than the first book's.

The narrator does sound a bit too exaggerated with all the different accents, but I preferred this narrator over the one who did the first book. Listening to the narrator from the first book was like getting your ears cleaned with sandpaper and wired brushes. After that unpleasant ordeal, the forced and exaggerated accents of this narrator feels like a huge relief. If I could, I would have hired Audible Tara Sands or someone else to re-record the narration of the first book. The story of Rogue Wave was amazing. A great improvement from the first book, which acted more like a slow introduction. This story of this book is more exciting and intense. The dangerous hunt for the talismans reminds me of the hunt for the Horcruxes in the Harry Potter series. And nothing is as it seemed. The twist villain(s) at the end was well done and I look forward to reading the rest just to see what happens.

love there story has bad Italian accent. tragic story love it so much romance and betrayal

This is an excellent story and I really like this author. But the narrator should work on their accents and they pronounce the words too dramatically. I preferred the last narrator.

Enjoyed the story not the voice

Perhaps it was expecting too much to request someone who either has or can perfect the correct accents for multiracial characters. This story is a joy to read but not to listen to which is unfortunate since that is the purpose of audible. In any case I thought it was a good story with a message about learning to take responsibility even when others who “know” you best try to limit your potential. I’d be glad to let me teens listen well maybe just read.

The story picks up right where the first book ended, and you begin to see other characters point of views. It keeps moving and I didn't want to stop listening to do other things.