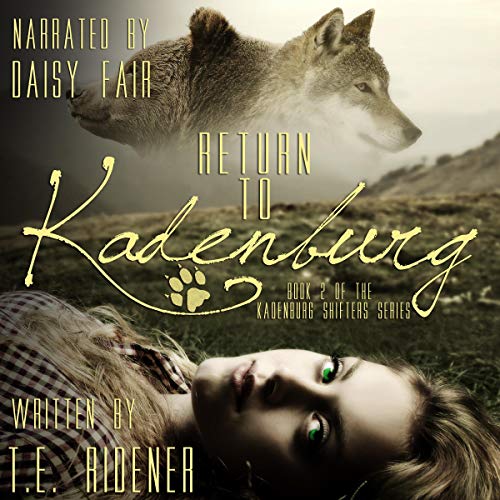 With four missing persons and witnesses who refuse to talk, Kadenburg’s sheriff finds himself in a bind on what to do. Swallowing his pride and biting the figurative bullet, he calls for backup: His son.

Twenty-nine-year-old Rutley Holter hesitantly returns to his hometown to rejoin the family business: Hunting werewolves. He never intended to return to Kadenburg, but it soon becomes personal when he discovers his best friend has been murdered - presumably by the very same sniveling mutts his father suspects to be responsible for the disappearance of some locals.

While searching for familiar faces, he has a chance encounter, and consciously rescues, Dimitri, who just happens to be the one thing he was raised to kill. It isn’t long before he begins to fight an inner battle of loyalty, and the line between right and wrong starts to blur.

Being threatened by Breslin Connor is the least of Lorcan and Presley’s worries. As they struggle to find normalcy in an incredibly extraordinary town, they will come face-to-face with demons from their pasts and ponder over an uncertain future.

Will their love for one another truly conquer all?

New characters and adventures will emerge in book two of the Kadenburg Shifters Series. Prepare yourself for laughter, tears, and nail-biting suspense as you re-enter the most magical little town in Tennessee.

Other books in The Kadenburg Shifters Series: