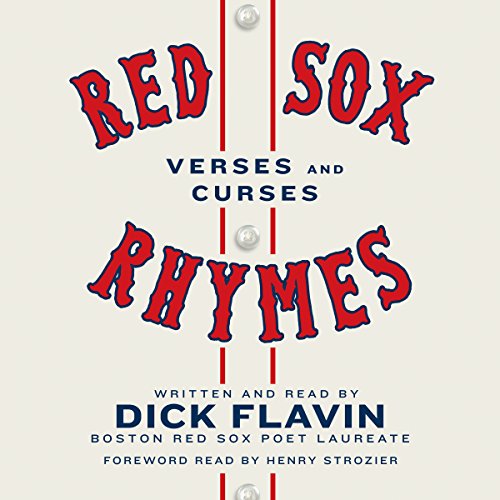 From the voice of Fenway Park comes a collection of 64 humorous and nostalgic poems celebrating the Boston Red Sox.

A commonwealth institution and popular local television personality who is also the announcer, ambassador, and poet laureate for Fenway Park, Dick Flavin has entertained audiences with his incredible poetic talent and abiding love for the Red Sox before countless home games for more than 20 years. Now this legendary talent's poems are gathered together for the first time in this keepsake volume.

As a beloved Red Sox insider, Flavin has been privileged to watch history in the making, from the team's 2005 World Series victory that finally broke its nearly century-long "curse" to road tripping with Dom DiMaggio and Johnny Pesky to witnessing Ted Williams' final appearance at the plate. His pithy and comedic verses - including such gems as "The Beards of Summer", "Long Live Fenway Park", and his best known "Teddy at the Bat" - pay homage to the American pastime, New England's favorite team and players (and the curses and legends that have followed it), and the passionate Nation that has remained faithful through victory and defeat.