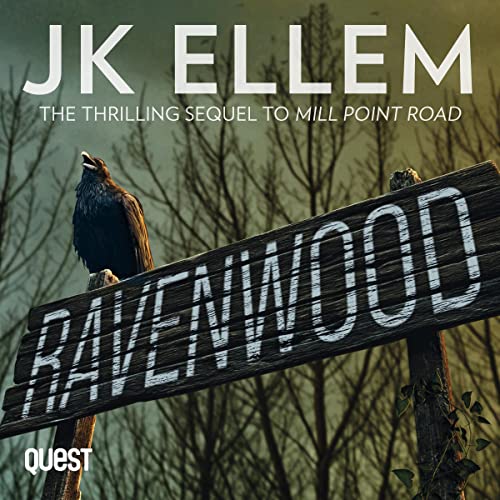 In some small towns, you can get away with murder.

Catching the Eden Killer earned Haley Perez her detective's badge—and plenty of angst from her fellow, more experienced, detectives. With her mentor, Marvin Richards, now retired, Perez must rely on her own instincts when the body of a woman is found frozen to death in the forest near Ravenwood, with her eyes gouged out.

But, that's the least of Haley's problems: she has a new deadly admirer. Someone claiming to be the Eden Killer's mentor is stalking her.

Then there are the women of Mill Point Road: Becca, Paige, Maggie and Sabine, as well as a mysterious new neighbour who has recently moved in. Old secrets will be revealed, new secrets will emerge and staying friends may prove to be lethal.

With the help of Annabel Chandler, a county forensic investigator, Haley Perez follows the trail of this cruel and sadistic new killer, who is roaming the snow-covered streets in search of their next victim.

Winter isn't the only brutally chilling thing to arrive in Ravenwood.

Ravenwood is the electrifying sequel to Mill Point Road, the Amazon US and UK number one best-selling thriller, from J. K. Ellem.