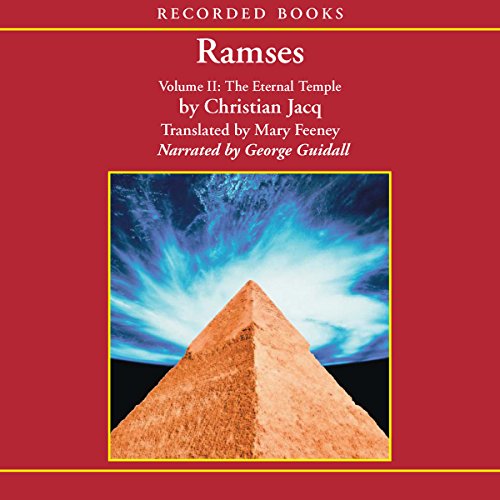 This enthralling international best-seller is a seductive re-creation of the glory and opulence of ancient Egypt. It spurred a national craze for all things Egyptian in France, and has sold over two million copies worldwide.

The new Pharaoh, Ramses, aspires to greatness of a magnitude undreamed of by mortal men. But to thwart his dreams, a gaggle of fiends, including a sorcerer, invaders, and his own brother awaits him. Now he will learn whether the friends of his youth - people such as Moses and the aging Greek poet, Homer - can truly be trusted.

Thank you so much for this incredible story telling, I couldn’t stop listening the voice the story amazing everyone should know about this history of the greatest ever lived

Loved the books when i read them a decade ago

Enjoyed very much listening to them again. I read them before my first trip to Egypt and i was so glad i did. Our tour guide was so surprised i was so familiar with Ramses II. I just wished the rest of the volumes were available through audible.