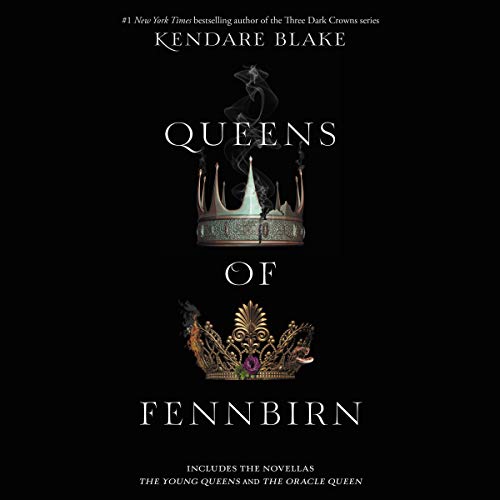 Together in one package for the first time, the dazzling prequels to the Three Dark Crowns series are finally available for fans in audio format. Uncover the sisters’ origins, dive deep into the catastrophic reign of the Oracle Queen, and reveal layers of Fennbirn’s past, hidden until now.

Get a glimpse of triplet queens Mirabella, Arsinoe, and Katharine during a short period of time when they protected and loved one another. From birth until their claiming ceremonies, this is the story of the three sisters’ lives…before they were at stake.

Everyone knows the legend of Elsabet, the Oracle Queen. The one who went mad. The one who orchestrated a senseless, horrific slaying of three entire houses. But what really happened? Discover the true story behind the queen who could foresee the future...just not her own downfall.

Not As Much Detail or Depth

Less kind of disappointed with the way the story went. In regards to the performance the narrator often uses the same of voices for male and female characters that blend together throughout the story, but not in a good way. The story itself I had a lot of hope for an initially, but as certain points in the story reached the climax This the story did not go in any sort of direction that had me intrested to keep listening.

this book just adds to the overall power struggle the queens face. there are no bad queens, just terrible people.

Loved hearing the true story of the oracle queen! I always knew there was something odd with that tale and I'm glad I could call it! Definitely a good read for fans of the books