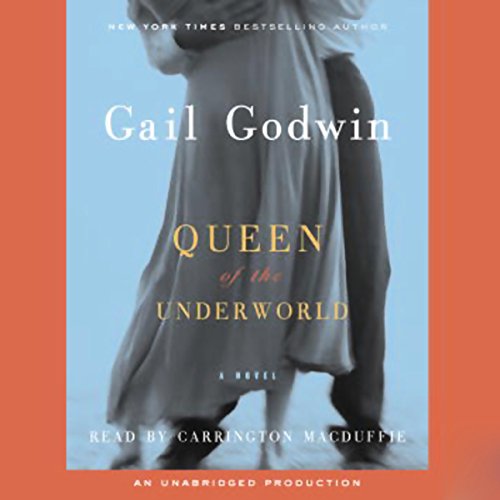 Queen of the Underworld

Here at last is the eagerly awaited new novel from New York Times best-selling author Gail Godwin. Queen of the Underworld is sweeping and sultry literary fiction, featuring a memorable young heroine and engaging characters whose intimate dramas interconnect with hers.

In the summer of 1959, as Castro clamps down on Cuba and its first wave of exiles flees to the States to wait out what they hope to be his short-lived reign, Emma Gant, fresh out of college, begins her career as a reporter. Her fierce ambition and belief in herself are set against the stories swirling around her, both at the newspaper office and in her downtown Miami hotel, which is filling up with refugees.

Emma's avid curiosity about life thrives amid the tropical charms and intrigues of Miami. While toiling at the news desk, she plans the fictional stories she will write in her spare time. She spends her nights getting to know the Cuban families in her hotel - and rendezvousing with her married lover, Paul Nightingale, owner of a private Miami Beach club.

As Emma experiences the historical events enveloping the city, she trains her perceptive eye on the people surrounding her: a newfound Cuban friend who joins the covert anti-Castro training brigade, a gambling racketeer who poses a grave threat to Paul, and a former madam, still in her 20s, who becomes both Emma's obsession and her alter ego. Emma's life, like a complicated dance that keeps sweeping her off her balance, is suddenly filled with divided loyalties, shady dealings, romantic and professional setbacks, and, throughout, her adamant determination to avoid "usurpation" by others and remain the protagonist of her own quest.

A Better than Average Coming of Age Story

I am a long-time fan of Gail Godwin and although this isnt' one of her best books, I found it very enjoyable. The basic plot is a fairly familiar one-spunky young career girl gets started on her profession while dealing with love and ambition. However, what sets this book apart is the backdrop of Miami just after Castro came to power. The political issues related to the Cuban immigrants are woven into the story with a great deal of skill. They are not just an add-on --they fit into Emma Gant's new world. And the author did a great job describing Miami-I felt like I was there

Maybe I missed the climax

Carrington Macduffie read performed this book with amazing characterization. I love when the reader differentiates the voices enough that I can tell who's talking without the tag line.

The story, however, never seems to quite coalesce. It contains some lovely vignettes and intriguing story lines that interweave but only by force and artificiality. Still, it was a pleasurable listen. I'll look for more performances by Macduffie.

Book was poor but narrator worse

I have never written a review before but I find that as disappointing as this book is as a novel, with cliches and shallow, silly characters, the narrator made it even worse. I have been listening to books on tape for years and this person is by far the worst I have ever heard. She makes a bad book considerably worse.