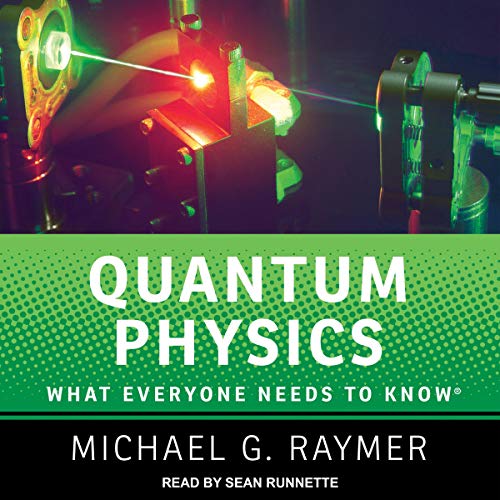 Around 1900, physicists started to discover particles like electrons, protons, and neutrons, and with these discoveries believed they could predict the internal behavior of the atom. However, once their predictions were compared to the results of experiments in the real world, it became clear that the principles of classical physics and mechanics were far from capable of explaining phenomena on the atomic scale. With this realization came the advent of quantum physics, one of the most important intellectual movements in human history. Today, quantum physics is everywhere: it explains how our computers work, how lasers transmit information across the Internet, and allows scientists to predict accurately the behavior of nearly every particle in nature. Its application continues to be fundamental in the investigation of the most expansive questions related to our world and the universe.

However, while the field and principles of quantum physics are known to have nearly limitless applications, the fundamental reasons why this is the case are far less understood. In Quantum Physics: What Everyone Needs to Know, quantum physicist Michael G. Raymer distills the basic principles of such an abstract field, and addresses the many ways quantum physics is a key factor in today's science and beyond. The book tackles questions as broad as the meaning of quantum entanglement and as specific and timely as why governments worldwide are spending billions of dollars developing quantum technology research. Raymer's list of topics is diverse, and showcases the sheer range of questions and ideas in which quantum physics is involved. From applications like data encryption and quantum computing to principles and concepts like "quantum nonlocality" and Heisenberg's uncertainty principle, Quantum Physics: What Everyone Needs to Know is a wide-reaching introduction to a nearly ubiquitous scientific topic.

Where are the figures..?

Listening to QM is difficult in itself, but without having the referred diagrams, figures, and formulas in front of me, it's downright incomprehensible. I've seen with other books that a PDF is also offered with auxiliary material, so I inquired if Audible has it for this book too. They don't, and they have no ETA for the availability, either.

I'll revise my rating once this is mitigated by Audible.

P.S.: The narration is quote annoying with or without the figures.

This book was very informative but it was not for the general reader or even someone trying to learn about quantum physics.

I am an amateur in quantum physics, I’ve been reading books on quantum physics for several years trying to understand the dilemma in the field. Several of the chapters in this book were way over My head

If I had known this book was so highly technical I am might have thought twice about buying it. Although, several of the chapters were very good.

An excellent overview of the current state of quantum physics that uses easily digestible analogies. I feel like I have a better understanding of how to describe quantum phenomenon now than what I had understood previously via standard pop-science explanations. For example, the uncertainty principle is usually stated as: if you measure the position of a particle then its momentum is uncertain, and vice-versa. But, it's important to understand that the "particle" in this case never had a position or momentum, and the author spends a sufficient amount of time on this and other concepts to clarify the difference. This, and other concepts are all elucidated well, a difficult task for a subject that is inherently unintuitive. The reader comes away with the full appreciation that quantum fields can explain virtually every process in the universe with great accuracy, along with the profound wonder about it's deeper meaning without veering into the mystical.

Good primer and the narrator's voice is relaxing

I mainly got this one because I like the narrator and over time you forget a lot of the basic foundations, so tried it out. For someone just refreshing your memory or, and especially, anyone getting their first taste of quantum physics, this book does a very good job! It doesn't get too far from the foundational descriptions that you need to keep in mind as you learn more and more.

and beyond that the narrator is great very understandable and relaxing voice,.

why can I not review this book in under 15 words.

easy to understand. fuck audible. just let me finish the book and review it with less than 15 words.