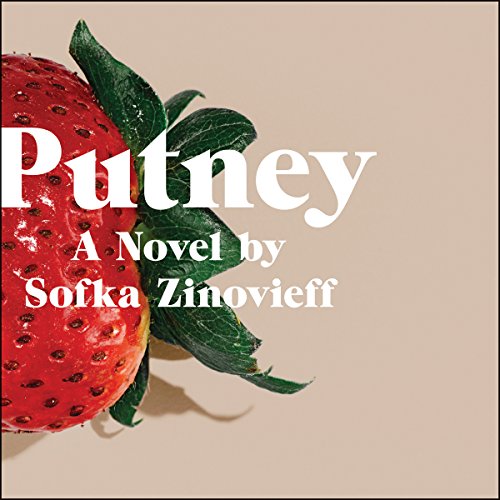 In the spirit of Zoë Heller’s Notes on a Scandal and Tom Perrotta’s Mrs. Fletcher, an explosive and thought-provoking novel about the far-reaching repercussions of an illicit relationship between a young girl and a man 20 years her senior.

A rising star in the London arts scene of the early 1970s, gifted composer Ralph Boyd is approached by renowned novelist Edmund Greenslay to score a stage adaptation of his most famous work. Welcomed into Greenslay’s sprawling bohemian house in Putney, an artistic and prosperous district in southwest London, the musical wunderkind is introduced to Edmund’s beautiful activist wife Ellie, his aloof son Theo, and his nine-year old daughter Daphne, who quickly becomes Ralph’s muse.

Ralph showers Daphne with tokens of his affection - clandestine gifts and secret notes. In a home that is exciting but often lonely, Daphne finds Ralph to be a dazzling companion. Their bond remains strong even after Ralph becomes a husband and father, and though Ralph worships Daphne, he does not touch her. But in the summer of 1976, when Ralph accompanies thirteen-year-old Daphne alone to meet her parents in Greece, their relationship intensifies irrevocably. One person knows of their passionate trysts: Daphne’s best friend Jane, whose awe of the intoxicating Greenslay family ensures her silence.

Forty years later Daphne is back in London. After years lost to decadence and drug abuse, she is struggling to create a normal, stable life for herself and her adolescent daughter. When circumstances bring her back in touch with her long-lost friend, Jane, their reunion inevitably turns to Ralph, now a world-famous musician also living in the city. Daphne’s recollections of her childhood and her growing anxiety over her own young daughter eventually lead to an explosive realization that propels her to confront Ralph and their years spent together.

Masterfully told from three diverse viewpoints - victim, perpetrator, and witness - Putney is a subtle and enormously powerful novel about consent, agency, and what we tell ourselves to justify what we do, and what others do to us.

One of the greatest stories of all time!

This might be the best story I’ve ever read! It is engaging from front to back; a powerful story of folly and forgiveness. A must read for any fiction lover!